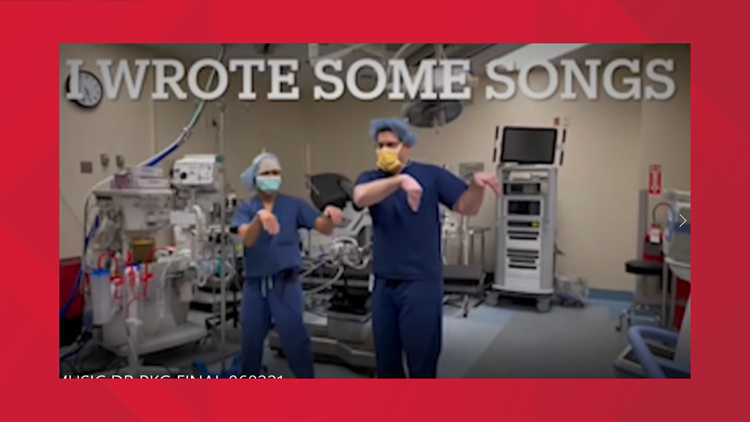 JACKSONVILLE, Fla. — Dr. Richard Westreich looks a bit zany when you first see him dancing around in his viral videos. But the fun turns serious when you hear his mission to help fight off Covid 19.

Westreich, a NY plastic surgeon, wrote his own songs and engaged fellow medical professionals to star in his videos. He says it was a burst of fun coming out of a dark time.

He says, “New York was in a dark place last April and May.”

“A lot of them have almost PTSD; it was such a heart-wrenching and terrible experience for them,” he says.

So now his lyrics are urging people to get vaccinated.  One line says, ‘This fight we started together.”  He says he wrote that because we are still “all in this together,” and if everyone does their part to get vaccinated, we can get our normal lives back.

He says the technology behind the vaccines has “been in the making for three decades.”  He encourages people to trust the scientists and not fall for internet rumors.

Part of his song says, “Everything can be like before if you ignore the haters and open your heart to faith.”

He ends his video with a smile and a plea. His lyrics say, “Everything depends on you. Everyone’s counting on you.”