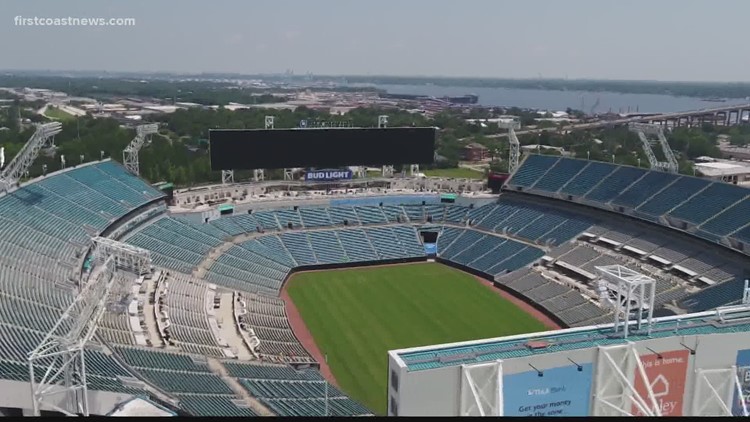 Team leaders will be in attendance to address the team’s ongoing commitment to downtown development.

You can watch the presentation live here at 10:30 a.m.

“We can’t win without you. Join us at 10:30 am on Facebook or at http://Jaguars.com for a kick-off you won’t want to miss!” tweeted the account.

The account says it’s a platform to “capture the Jaguars’ commitment to development and to our city.”

We can’t win without you. Join us at 10:30 am on Facebook or at https://t.co/qScxIGWDZq for a kick-off you won’t want to miss! #dtjax #1stDownTown #firstdownsfordowntown pic.twitter.com/Z6ifQss6s6

Back in November, Jacksonville Jaguars president Mark Lamping told the Florida Times-Union that TIAA Bank Field is in need of major repairs before NFL owners would approve a lease extension for the team.

Lamping said the renovations are one part of what is called “Project Lifetime.” The project’s goal is to keep the Jaguars in Jacksonville as long as possible.

Lamping also said the team and the city are not the only stakeholders. Promoters that bring in events like the Rolling Stones or the U.S. Women’s National Team are considered stakeholders, as well as the fans.

Lamping said NFL owners will not approve a lease extension for TIAA Bank Field as it stands now.