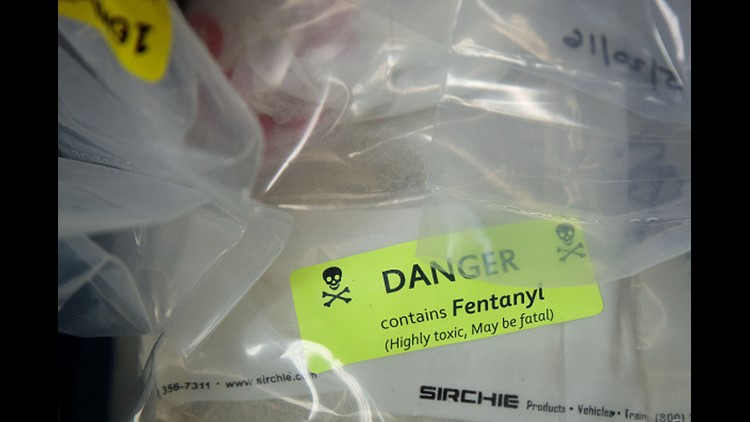 Two residents were hospitalized following their use of this illegal drug.

BRADFORD COUNTY, Fla. — (Note: The video above was originally published with a previous report.)

The Bradford County Sheriff’s Office is warning the public after drugs were found laced with a “potentially deadly” dose of fentanyl.

Deputies said they recently found a very strong synthetic opioid, possibly fentanyl in a substance that they originally suspected to be marijuana.

Now, the sheriff’s office is investigating after two people were hospitalized following their use of this illegal drug.

In addition to the two Bradford County residents who were hospitalized, there have been dozens of deaths reported around the United States due to fentanyl found in marijuana, deputies said.

Fentanyl is a synthetic opioid that is 80-100 times stronger than morphine, according to the United States Drug Enforcement Administration.

Pharmaceutical fentanyl was developed for pain management treatment of cancer patients to be applied in a patch on the skin, the sheriff’s office said.

Additionally, because of its powerful opioid properties, fentanyl is also diverted for abuse.

Anyone with information that would assist in this investigation is asked to contact the Bradford County Sheriff’s Office Criminal Investigation Division at (904)966-6380.