How bacteria in Florida water could be harmful, even deadly 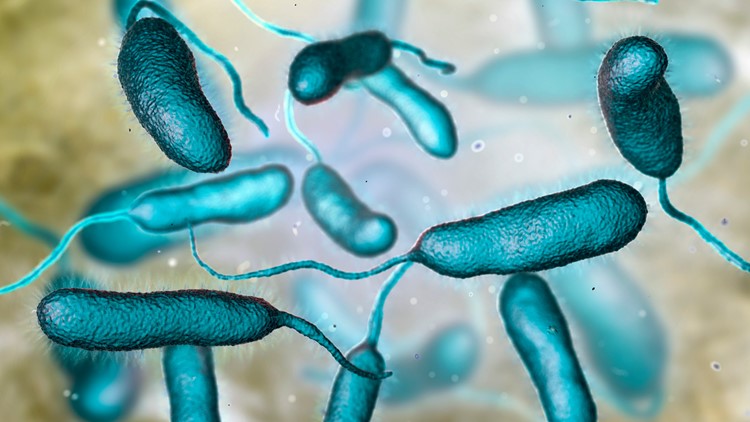 “Water and wounds do not mix,” according to the Florida Department of Health.

ST. PETERSBURG, Fla. — A sunny sky, light surf and a nice breeze are ingredients for a perfect beach day, though there’s a danger that isn’t so obvious — something you can’t even see.

Every summer, the Florida Department of Health and local offices warn of the Vibrio vulnificus bacterium. It’s a naturally occurring bacteria that grows in warm, brackish seawater. That makes Florida a perfect habitat.

From 2019-21, there have been 97 confirmed cases of Vibrio vulnificus infections, the Department of Health reports. Nineteen people have died after getting infected during that same time period.

While the vast majority of beachgoers shouldn’t fret, health officials want everyone to be aware of what’s in the water — but there are some people who need to take special precautions.

“Water and wounds do not mix,” reads the Department of Health website. People who are immunocompromised are encouraged to wear proper foot protection to prevent cuts that could be caused by rocks and shells.

“Do not enter the water if you have fresh cuts or scrapes,” health officials said.

People can become infected with Vibrio vulnificus by eating raw shellfish, as well.

Robert A. “Bobby” Raymond, a longtime Tampa Bay-area horse trainer, died May 8 of septic shock, his family said. The 74-year-old and his wife last week waded into the water at Oldsmar’s Mobbly Beach Park with a small cut on his leg, according to Tampa Bay Downs.

Over the next couple of days, Raymond’s leg grew inflamed, and he began to shiver. His condition worsened at the hospital before he died.

It’s not currently known what specific bacteria entered Raymond’s open wound. Still, health officials encourage people not to enter the water when dealing with a cut and to keep an eye on local beach reports.

“…We look for enterococci bacteria, which is a bacteria that comes from the interior of the gut from animals,” Iovino said. “And that necessarily can’t make you sick, but it is an indicator that there might be other types of bacteria in the water that can.”