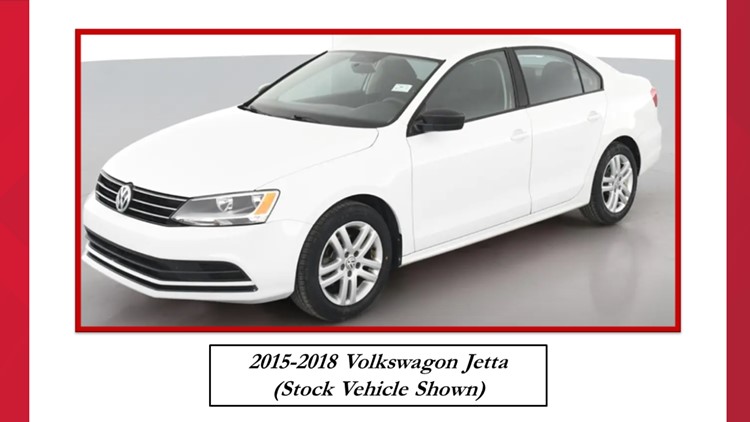 Police say the vehicle is believed to have damage to its front bumper, below the driver’s side headlight.

JACKSONVILLE, Fla. — The Jacksonville Sheriff’s Office is asking for the public’s assistance in locating a vehicle and its driver in reference to a hit-and-run crash.

Police say the crash happened on Sunday, April 17, 2022, just after 8:20 p.m. Patrol officers responded to the intersection of Blanding Boulevard and Wheeler Avenue in reference to a hit-and-run crash.

Police say a white, 2015-2018 Volkswagen Jetta struck a pedestrian, resulting in life-threatening injuries to the individual.

The driver of the vehicle fled the scene without rendering aid to the victim, police say. The vehicle is believed to have damage to its front bumper, below the driver’s side headlight.

JSO did not notify members of the media about this crash until May 10. Per policy, JSO says alerts are only done for traffic incidents involving a fatality. The pedestrian involved in this suffered serious injury.

Police are asking for the public’s assistance in locating the vehicle and identifying the driver.

Anyone who has information that can assist the investigation is asked to contact the Jacksonville Sheriff’s Office at 904-630-0500 or email JSOCrimeTips@jaxsheriff.org.

To remain anonymous and potentially receive a reward, contact Crime Stoppers at 1-866-845-TIPS.

Previous articleHow bacteria in Florida water could be harmful, even deadly
Next articlePeople Are Sharing The 2000s Multiverses That Are Better Than "Doctor Strange" And It's Such A Throwback