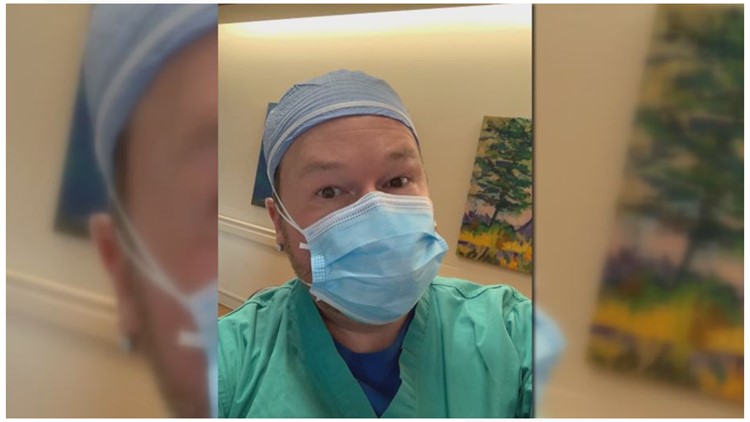 Justin Adams has spent more than 20 years in healthcare. He says COVID-19 has put a lot of stress and strain on him and his co-workers.

JACKSONVILLE, Fla. — When First Coast News last spoke with Justin Adams just before Christmas, he was trying to keep his head above water.

He says he was treading what he described as a wave of COVID-19 deaths, mostly from unvaccinated patients.

“It’s definitely taken a toll on all of us mentally,” he said.

Now, there’s some welcome news. At his 900 bed hospital in North Carolina, he says he’s now only treating a handful of patients.

“Yesterday I worked, and I think we had one. It’s fluctuating between zero and two,” he told First Coast News.

Adams is a traveling nurse and spent time earlier in the pandemic at a hospital in New Orleans.

He’s had many bad days. We asked him about his worst.

“I think in a 12-hour shift we had eight people to die and had to put those people in body bags, and we had a back elevator that went straight to the morgue,” Adams recalled.

Despite the setbacks, he’s seen successes. It’s why he’s choosing to stay in a career many of his co-workers have left.

The US Bureau of Labor Statistics projects more than 275,000 additional nurses are needed through 2030.

“There’s been a lot of people around the country trying to come up with ideas on nurse retention, but honestly I’m not sure what that solution is,” Adams said.

As for now, he’s still putting on his scrubs, knowing his patients still need him.

RELATED: Lucky Charms! These Tennessee newborns are in the St. Patrick’s Day spirit