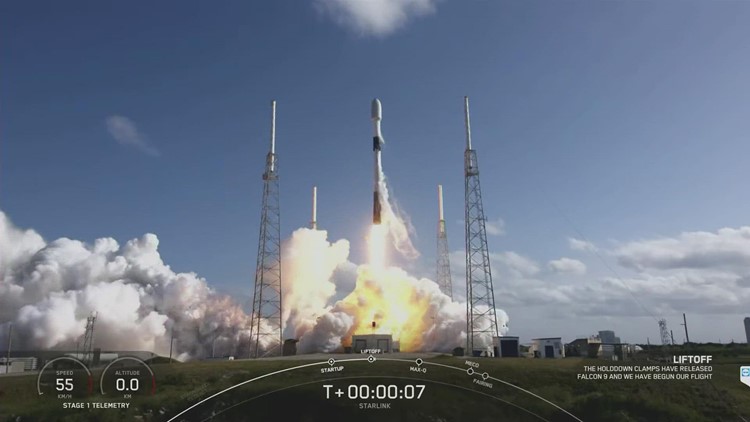 SpaceX is targeting 5:42 a.m for a Falcon 9 launch of 53 Starlink satellites at Kennedy Space Center in Florida.

JACKSONVILLE, Fla. — An early morning rocket launch will start Friday morning off on the right foot. If you’ve out and about early enough, you just might see it!

SpaceX is targeting 5:42 a.m for a Falcon 9 launch of 53 Starlink satellites to low-Earth orbit from Launch Complex 39A (LC-39A) at Kennedy Space Center in Florida.

If there is inclement weather, a backup opportunity is available Saturday, May 7 at 5:20 a.m.

Following stage separation, Falcon 9’s first stage will return to Earth and land on the A Shortfall of Gravitas droneship stationed in the Atlantic Ocean.

A live webcast of this mission will begin about 15 minutes prior to liftoff. You can watch live here at 5:30 a.m.