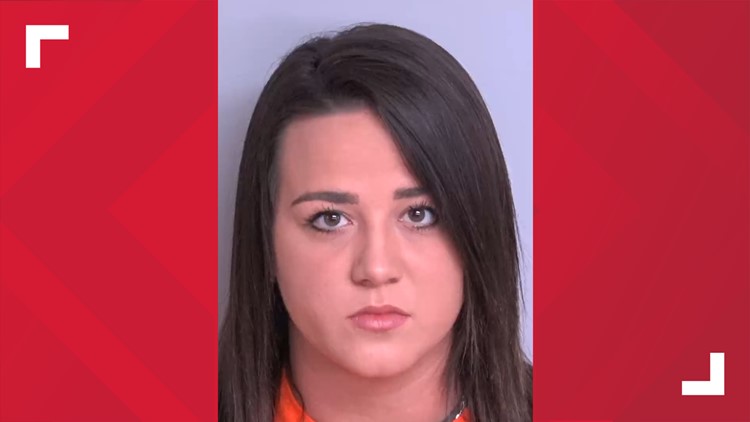 Lainie Kay Rodgers, 24, was a teacher’s assistant and volleyball coach.

JACKSONVILLE, Fla. — (The video above is from a previous report)

A Bradford School District employee and coach that was charged with sending sexual text messages to a student in September of last year has been sentenced to two years of probation.

Lainie Kay Rodgers, 24, was charged with transmission of harmful material to a minor by electronic device, and authority figure soliciting/engaging in lewd conduct with a student.

She pleaded no contest, and the court agreed to a “withhold of adjudication” for the charges listed above. The terms of the agreement include the probation, certain restrictions on unsupervised contact with minors and no contact with the victim and their family.

Rodgers was a teacher’s assistant and volleyball coach. She was employed for four years with the school district and has since resigned, according to Bradford County Assistant Superintendent Karen Clark.

On Sept. 16, deputies say they received information from a student at Bradford High School regarding inappropriate text messages she had observed on her friend’s phone.

The texts were being sent from a Bradford School District coach to a high school student and contained sexually explicit language, deputies say.

Detectives say they first interviewed the victim while her parents were present. She denied any inappropriate behavior occurred between her and the suspect, stating they were just friends.

Detectives then proceeded to Rodgers residence to interview her. Rodgers was reportedly cooperative with the detectives and admitted to sending sexually explicit text messages to the victim’s phone.

Upon a secondary interview with the victim, in the presence of her mother, deputies she admitted to having a more involved relationship with the suspect than she had previously stated.

Previous articleTell Us Something You Wish More People Understood About Being A Working Mom
Next articlePrivacy how-to: Secure ways to hide naked photos