Jacksonville food truck owner is thankful to be alive after crash 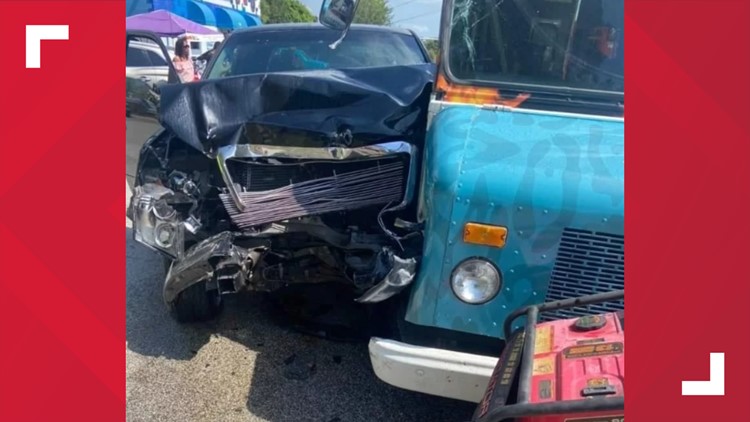 Shedrick Rogers was inside of his food truck, A & D Wings Food Truck, as a truck crashed into the vehicle sending Rogers to the hospital with 3rd degree burns.

JACKSONVILLE, Fla. — Owner of A & D Wings Food Truck, Shedrick Rogers, is thankful to be alive after a vehicle crashed into his food truck while he was inside, he explains.

Rogers says he and his son were inside the food truck when his son yelled at him, saying there was a vehicle coming toward them, full speed.

Rogers is suffering third degree burns all over his body. Hot grease splattered all over him as the pick-up truck hit his food truck.

Rogers says his son made it out, only suffering minor injuries, but now his family is out of a business.

“It was unreal, it was like a movie, there’s no way I’m sitting here eye to eye with this truck” said Rogers. “In my mind, I’m like this can’t be real.”

First Coast News reached out to the Jacksonville Sheriff’s Office for a report of the crash. So far, we haven’t received a report.

Rogers says he’s thankful for the community’s prayers and the food truck owners who rallied behind him to tell his story.

If you’d like to help Rogers and his family, donate here.

RELATED: There’s no such thing as too much cheese. It’s National Grilled Cheese Day! 🧀