Florida democrats and republicans react to leaked draft that woul 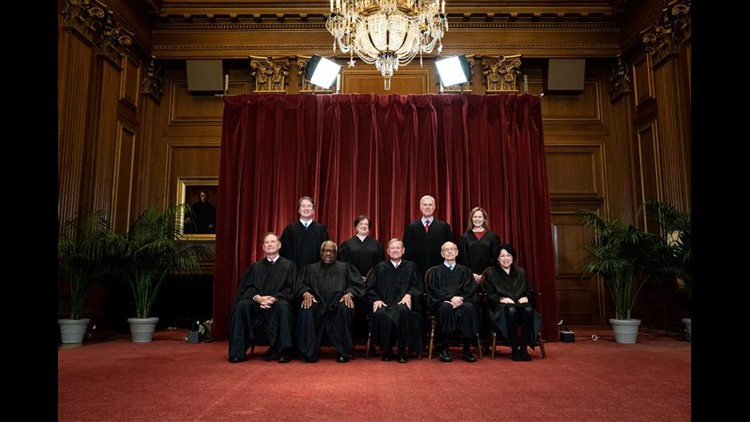 Politico reports that a leaked draft shows the US Supreme Court plans to overturn Roe V. Wade. What are Florida leaders saying?

President Joe Biden said Tuesday that the leaked draft does not necessarily reflect the final decision of the Court. With that in mind, he said his administration argued before the court in defense of Roe v. Wade and he believes a woman’s right to choose is fundamental. He says that the Gender Policy Council and White House Counsel’s Office are prepared to react when a ruling is issued.

He also said that he will work to pass and sign any bill that would make Roe federal law.

Florida politicians have released their own statements throughout Monday night and Tuesday. Here’s what they’ve said so far:

Marco Rubio (R-FL): When Bernie Sanders tweeted that he believes congress must pass legislation that makes Roe v. Wade the law of the land, Rubio fired back.

Let’s change the rules of the Senate to pass a federal law legalizing the killing of unborn children right up to the day of delivery https://t.co/0moVqUVyMC

Rick Scott (R-FL): Scott expressed his anger that the documents had been leaked and blamed Democrats.

The Supreme Court’s confidential deliberation process is sacred & protects it from political interference. This breach shows that radical Democrats are working even harder to intimidate & undermine the Court. It was always their plan. The justices cannot be swayed by this attack. https://t.co/S5eMGO0dxd

Rep. Charlie Crist (D-FL): Crist, who is running against Gov. Ron DeSantis for governor, said that if Roe V. Wade is overturned, the issue will fall to the states and he believes that should impact people’s decisions at the polls.

If true, the fight for a woman’s right to choose will be left up to each state to decide… and front and center in this fall’s election.

But I tell you the truth, we refuse to go back.

The House has already passed legislation to codify Roe in federal law and protect America’s women.

This is all on the Senate. They must act now to protect a woman’s right to make her own decisions.

Florida State Rep. Angie Nixon (D-FL-14): The opinion criticizes cases like Roe v. Wade that reference an implicit road to privacy in the 14th Amendment, saying it is not rooted in history. Nixon argues that laws rooted in history are not always what is right.

Black people in America being considered more than 3/5s a person isn’t a right that has any claim to being “deeply rooted in history.” This. Is. What. We. Warned. You. About. It’s all about power and control. They’re coming for all our rights. https://t.co/ePzGUVEOF0

Nikki Fried (FL Agriculture Commissioner): Fried, who is running in the democratic gubernatorial race to oppose DeSantis, said that women’s rights will be component of her campaign.

I’m going to do everything in my power to protect the women of Florida and preserve freedom over our bodies— including beating Ron DeSantis.