Jim Carrey reacts to Will Smith Oscars slap: ‘I was sickened’ 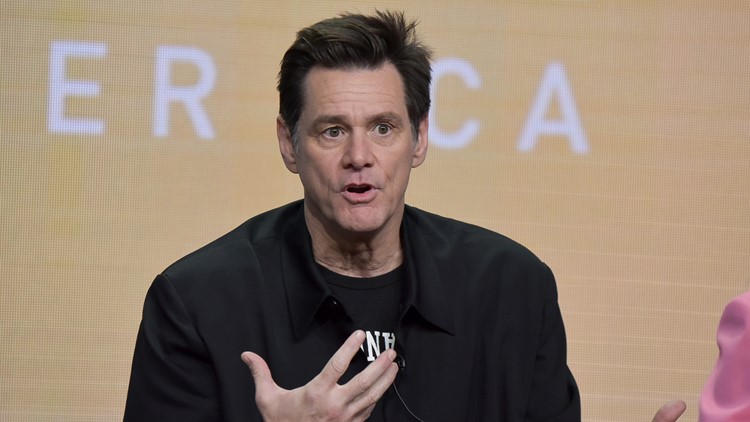 “You do not have the right to smack somebody in the face because they said words,” said Jim Carrey.

LOS ANGELES — One of the biggest movie actors in the world is speaking out against another in the fallout from Sunday’s Academy Award ceremony.

Jim Carrey is blasting the Oscars audience for giving Will Smith a standing ovation following his slap of comedian Chris Rock.

“I was sickened,” Carrey said to CBS’ Gayle King. “I was sickened by the standing ovation. Hollywood is just spineless en masse and it really felt like a really clear indication that we aren’t the cool club anymore.”

Carrey also said Smith “should’ve been” escorted out of the Oscars ceremony after he slapped Rock.

“You do not have the right to smack somebody in the face because they said words,” said Carrey.

After King mentioned that Rock had declined to file a police report about the incident, Carrey said he believes that was only because Rock “didn’t want the hassle.”

When King suggested to Carrey that things had “escalated” leading up to the slap at the ceremony, Carrey said was not the case.

“It didn’t escalate. It came out of nowhere because Will has something going on inside him that’s frustrated,” said Carrey. “I wish him the best. I really do. I don’t have anything against Will Smith. He’s done great things, but that was not a good moment. It cast a shadow over everyone’s shining moment last night. It was a selfish moment.”

Responses to Will Smith slapping Chris Rock at the Oscars have been divided — but Jenna Wortham (@jennydeluxe) says most people don’t have the full story of the incident.

“It’s something of a magnitude that I don’t think can be worked out on a public stage,” she says. pic.twitter.com/5qXIq30Y1F

Jada Pinkett Smith posted to Instagram on Tuesday but did not directly mention Sunday night’s incident.

“This is a season for healing and I’m here for it,” Pinkett Smith wrote.

Will Smith has apologized to Rock after slapping Rock on stage at the Oscars Sunday night. Smith directly mentioned Rock in a post on Instagram Monday.

“Violence in all of its forms is poisonous and destructive,” Smith began. “My behavior at last night’s Academy Awards was unacceptable and inexcusable.”

In an interview with ABC 6 in Philadelphia, Will Smith’s mother said that she was surprised at her son’s behavior during the awards ceremony, but was so proud he won his first Oscar.

“That’s the first time I’ve ever seen him go off,” Carolyn Smith said. “First time in his lifetime. I’ve never seen him do that.”

> Top stories curated daily just for you! Sign up for the 9NEWSLETTER to get can’t-miss stories, Next and Broncos content, weather and more delivered right to your inbox.

MORE WAYS TO GET 9NEWS

HOW TO ADD THE 9NEWS APP TO YOUR STREAMING DEVICE

ROKU: add the channel from the ROKU store or by searching for KUSA.

For both Apple TV and Fire TV, search for “9news” to find the free app to add to your account. Another option for Fire TV is to have the app delivered directly to your Fire TV through Amazon.