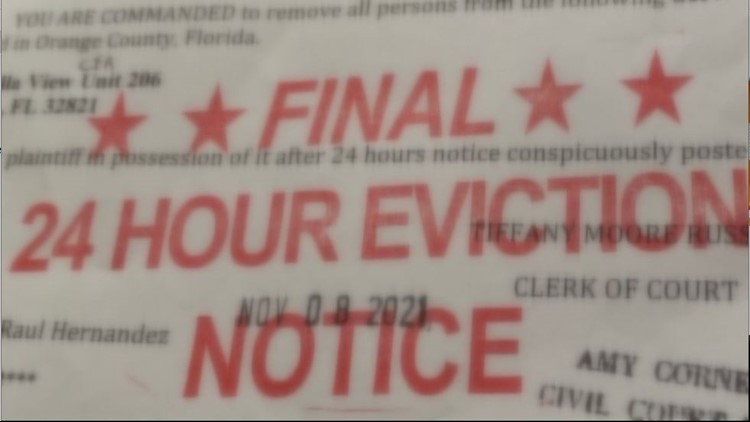 In December, two dozen lawmakers began their calls to declare a state of emergency to address the affordable housing crisis. What came of that?

JACKSONVILLE, Fla — Florida’s legislative session has come and gone, but some lawmakers are still pushing for what they say was not addressed: the affordable housing crisis.

If you aren’t dealing with paying more for where you live, then you’ve heard the stories on First Coast News.

“I haven’t any idea of what the future’s going to hold for me,” said Michael Bowen.

In December, two dozen Florida lawmakers began their calls on Gov. Ron DeSantis to declare a state of emergency to address the affordable housing crisis. They signed a letter urging for the state’s attorney general to look at any increase above 10% as price gouging. So what came of it?

Nixon is one of the lawmakers who signed the letter.

The governor’s office did not return answers to First Coast News’s questions on this. DeSantis said the following in December about the lawmakers’ letter.

“We should take that letter and we should forward it to Joe Biden in the White House because things are more expensive because of his policies,” DeSantis said.

Nixon wants to see action to prevent more situations like the following.

“Receiving a call from a teacher who’s telling me she has to live in a garage because she can’t afford the high cost of rent,” Nixon said.

The lawmakers who are still pushing for the state of emergency to deal with the housing crisis are Democrats and, as Nixon says, there’s a limit to what they can do as the minority party.

Before the legislative session, 2 dozen FL lawmakers began their calls on @GovRonDeSantis to declare a state of emergency to address the affordable housing crisis. What came of that?

We’re following up and finding out. Now on #GMJ.https://t.co/RRvTNCj7Hi@AngieNixon