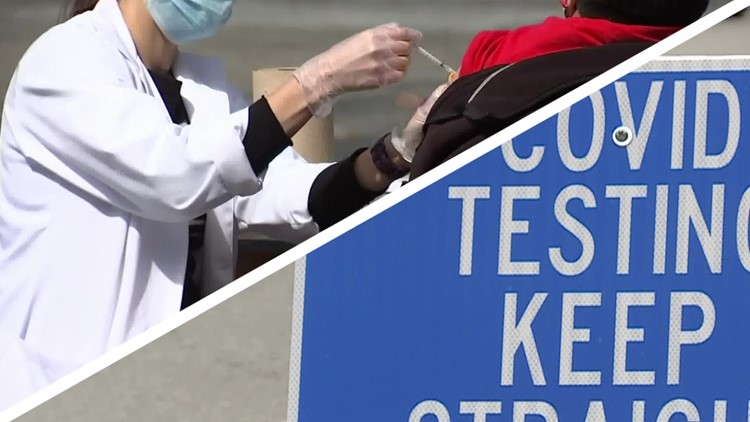 A local legal expert weighed in on how the ruling on vaccine mandates could affect you.

A local legal expert weighed in on how the ruling on vaccine mandates could affect you.

The On Your Side team has answers to three of the biggest questions viewers are asking right now.

2. How does the Supreme Court’s ruling impact the current Florida statute regarding vaccine mandates?

If private companies mandate employees get vaccines, Poindexter says they still need to follow the state statute, which requires additional exemptions from the typical medical and religious ones. They include pregnancy or anticipated pregnancy, “COVID-19 immunity” and periodic testing.

As for the health care companies, the CMS vaccine mandate preempts state laws that conflict.

3. Do healthcare workers who are fired for refusing to get the vaccine have any grounds for suing?

He also says they won’t qualify for unemployment benefits, because they would be considered terminated for their own misconduct due to violating a federal rule.

“Now, if the employee has a valid exemption under the ADEA, for disability, or under the Civil Rights Act, for a religious exemption, and the employer violates the rights, then that would be a different story,” Poindexter explained. “And, that will give employee recourse to challenge their termination as being a discriminatory act.“

Additionally, he doesn’t think employees have grounds to sue their private employers who mandated they get the vaccine or do weekly testing while OSHA’s mandate made its way through the courts.

By the way, it may not be over yet as far as the OSHA vaccine mandate goes.

Poindexter says there is the ability to rewrite the OSHA mandate to draw more distinctions between certain industries that are at the highest risk of COVID-19 transmission to both employees and customers, like the CMS mandate does.