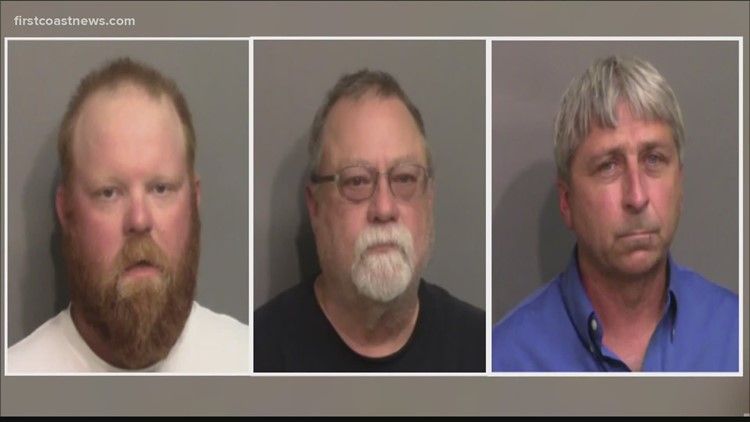 Gregory and Travis McMichael and William ‘Roddie’ Bryan were all convicted of murder in the 2020 shooting death of Ahmaud Arbery.

BRUNSWICK, Ga. — A Georgia judge has set the sentencing date for the three men who were convicted in November for the murder of Ahmaud Arbery.

Judge Timothy Walmsley, who presided over the trial that lasted more than a month, ordered Gregory and Travis McMichael as well as William ‘Roddie’ Bryan to be sentenced on Jan. 7, 2022.

The three defendants face a minimum of life in prison, though whether they receive the possibility of parole will be up to Walmsley himself.

BREAKING: Sentencing hearing for the three men convicted of murder in the death of #AhmaudArbery set for Jan. 7 at 10 a.m. @FCN2go pic.twitter.com/oLWITeis5X

Arbery, who is Black, was shot and killed in the Satilla Shores neighborhood in Brunswick, Ga. in February 2020 by three white men. The controversial circumstances of the case — described alternately as a citizen’s arrest that turned deadly — were compounded by the delayed reaction of law enforcement. The three men weren’t arrested until May 2020, after the release of cell phone video of the fatal shooting was leaked to the media.

Because of the high-profile nature of the case, more than 1,000 Glynn County residents were initially summoned for jury duty. Fewer than half showed up to serve, and most conceded they had strong, inflexible opinions about the case. After 11 days of jury selection, a panel was selected  — composed of 11 white men and women and one Black man.

Prosecutors objected to the racial makeup of the jury, saying the defense attorneys struck all but one Black person out of a pool of 48. The judge shared the state’s concerns, saying “there appears to be intentional discrimination” in the jury selection process, but he allowed the case to move forward anyway.

Throughout the case, defense attorneys clashed with state prosecutors, the judge and occasionally each other in the high-stakes trial. All three men faced life in prison if convicted, and the family of Ahmaud Arbery said they would accept nothing less.