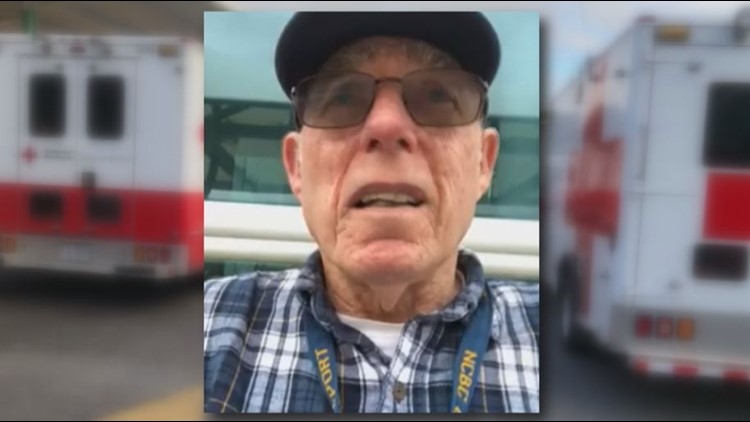 John Gilman left Monday and is expected to spend two weeks in Kentucky and Tennessee.

JACKSONVILLE, Fla. — As a Red Cross volunteer, John Gilman sees how bad times bring out the best in people.

Gilman is on his 36th deployment for the non-profit. For this job, he’s heading to Kentucky to help prepare meals for families who are without power, and worse, without a home.

“What better thing is there to do than to go help people?” he told First Coast News.

He’s been around the country responding to disasters since 2004. He’s been there for families after floods, fires, tornadoes and hurricanes.

“You get conditioned to realize it would be much worse if I weren’t there and so these people need me. They need John Gilman,” he said. “That removes any trepidation I might have. To have people say to you, ‘God Bless you for coming.’ It doesn’t get any better than that.”

He’ll be coordinating food and is used to handing out 15,000 meals a day.

It’s work that will keep him busy for the next two weeks, including through Christmas. He explained his daughter understands someone else needs him now.

“She knows full well a little piece of her is going out there as well. ‘My dad is doing that,’ and she is so proud of that, you know. We put our holidays aside. This is a greater need,” he said.