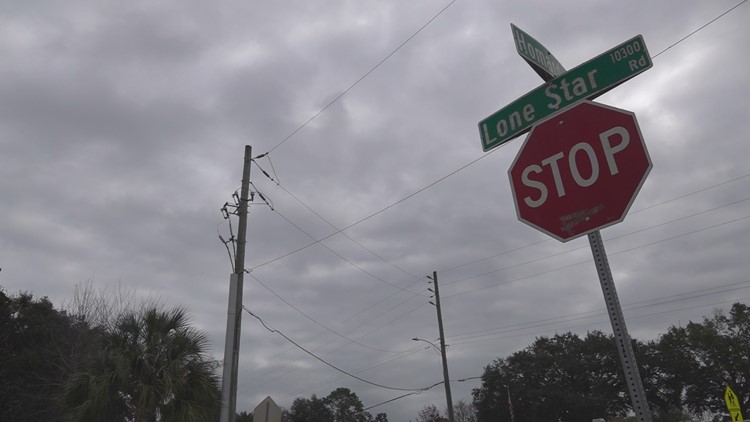 JSO says the 26-year-old man is the 49th pedestrian to be killed in Duval County.

JACKSONVILLE, Fla. — The Jacksonville Sheriff’s Office is continuing to investigate a hit-and-run crash that took the life of a 26-year-old man.

The crash happened at about 2:40 a.m. Monday morning in the 10400 block of Lone Star Road near Lone Star Elementary.

After finding out what happened and where, people who live on Lone Star Road said the hit-and-run is an example of people speeding in the area.

Lone Star Road is a two way street and the speed limit is 30 miles per hour.

To Cypress Skowronek, who lives on Lone Star, cars can be seen going past the limit. He believes drivers sometimes pass by going 50 miles per hour or faster.

“The motorist are not mindful of the pedestrian,” Skowronek added.

Traffic homicide detectives are looking into the hit and run. They’re also tracking the make and model of the vehicle that hit the victim.

Police said this is the 199th traffic fatality and the 49th pedestrian to be killed in Duval County.

“Another perfect example of how drivers don’t pay attention to what’s going on in their surroundings,” Skowronek said.

To neighbors in the area, they hope this hit and run will remind drivers to slow down.