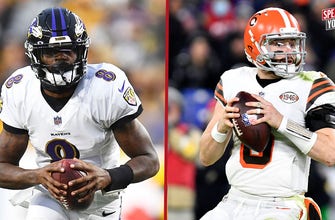 The Baltimore Ravens and Cleveland Browns have a huge AFC North showdown on Sunday, but both teams have been struggling. Lamar Jackson’s offense has not scored at least 20 points in his last three starts. Meanwhile, the Browns have lost three of their last five games and Baker Mayfield said earlier this week quote: ‘Now, it’s crunch time.’ Marcellus Wiley explains why Lamar has more on the line in Week 14 than Baker.