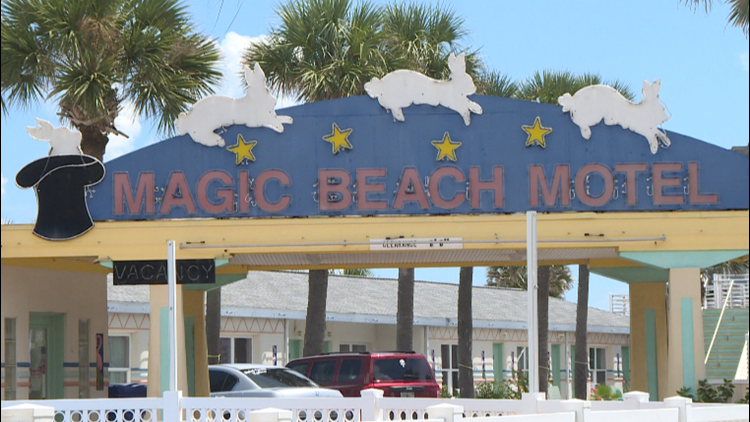 VILANO BEACH, Fla. — *The above video was originally published Nov. 16.

A developer who was in the process of buying Magic Beach Motel in Vilano Beach has withdrawn his offer. The developer — Key international — had planned to demolish the vintage motel and build a much larger hotel, restaurant, and retail center on the land.

The owners of the motel told First Coast News they are disappointed and surprised the developer backed out at the last minute Thursday. But many people who did not want to see the motel get demolished are relieved.

The motel was built in 1951, but it was never registered as a historic site. It was featured in the 1990’s short-lived TV show Safe Harbor.

Some locals were not happy with plans to raze the motel and build a big resort.