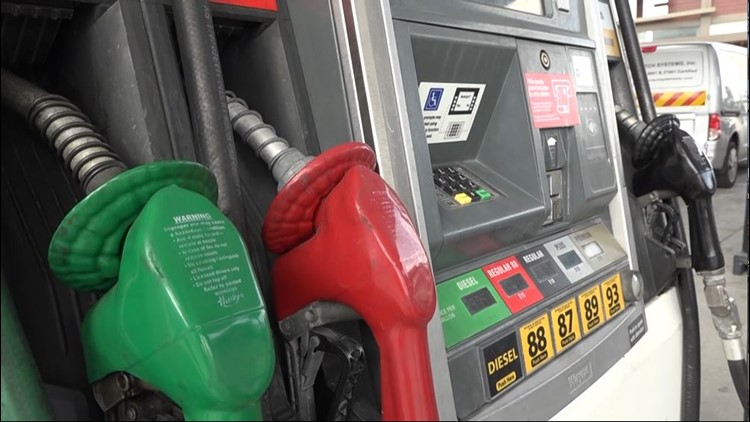 Garrett Dennis has filed a resolution asking the state to waive the 60-day notice rule to allow Jacksonville to suspend the collection of the local option gas tax.

JACKSONVILLE, Fla. — Is your credit card feeling a bit heavier lately when you head to the gas pump? Jacksonville Councilman Garrett Dennis has introduced two bills regarding the city’s gas tax, and it’s impact on your wallet.

Dennis has filed a resolution asking the state to waive the 60-day notice rule to allow Jacksonville to suspend the collection of the local option gas tax.

He’s also filed an ordinance to suspend the 6-cent gas tax for a period of time consistent with the state’s gas tax to alleviate some of the hardship that rising gas prices have taken on the citizens of Jacksonville.

“I am committed to introducing and championing meaningful legislation that will continue to improve the quality of life for the citizens of Jacksonville,” Dennis said in a press release.

The gas tax is slated to provide funding over the next 30 years for several items, including the Emerald Trail and JTA’s long-criticized Skyway-to-U2C conversion.

In November, gas prices surged to their highest level in nearly seven years. The $3.24 average price per gallon in Florida is double what it was in the state a year ago.

Economy and finance expert Mickey Cargile says crude oil currently trades at almost $83 a barrel – up 98% over the last year, which is forcing gas prices to spike.

RELATED: Video: Flagler woman arrested for trying to set her ex-boyfriend on fire