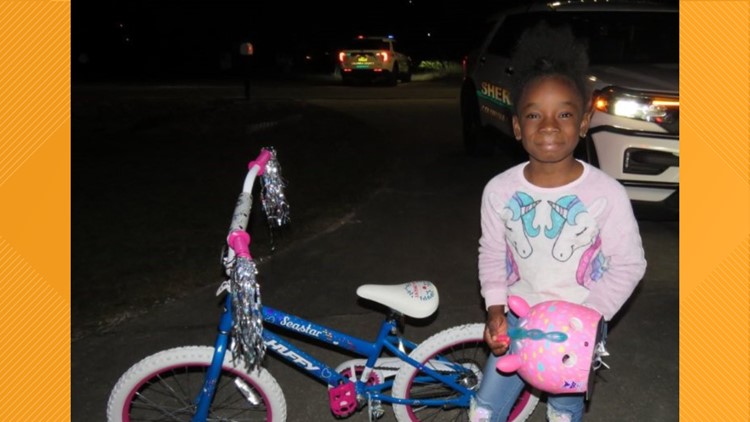 COLUMBIA COUNTY, Fla. — A little girl was all smiles after receiving a brand new bike from Columbia County deputies this week.

The Columbia County Sheriff’s Office says while a suspect was trying to flee from deputies they ran over a bicycle that was in the front yard of a home.

After the suspect’s vehicle landed on top of the bicycle, deputies were able to apprehend them.

Although nobody was injured during the chase, the bicycle, belonging to a girl named Jy’Lar, was “beyond repair.”

The sheriff’s office says the Delta Shift could not let the story end with just the arrest of the suspect, so they all pitched in and bought Jy’Lar a new bicycle with a helmet.