There were 21 named storms during the 2021 Atlantic hurricane season, four of which became major hurricanes.

JACKSONVILLE, Fla — November 30 is a day many people who live in hurricane-prone areas have circled on their calendar. The end of hurricane season.

The 2021 Atlantic hurricane season generated 21 named storms and seven hurricanes, with four of those being major hurricanes. The regular set of names was entirely crossed off from A to W, which is the third time only in history to happen. The other two years were 2005 (28 named storms) and 2020 (30 named storms).

It started early this year, on May 15 when regular outlooks from the National Hurricane season began instead of June 1 (which is the “official” start to the Atlantic hurricane season).

Then, on May 22, Ana forms making 2021 the 7th straight season with a preseason named storm.

The First Coast was impacted by Hurricane Elsa with a tornado reported on the Southside of Jacksonville and an EF-2 touching down at the Kings Bay Naval Base in Camden County, Georgia.

The U.S. had a total of eight landfalling storms, including Ida which will go down as the most deadly and destructive of the season. Hurricane Ida raked southeast Louisiana as a category 4 storm and wiped out the power grid in New Orleans for several weeks.

Ida pushed storm surge flooding of at least 10 feet in parts of Louisiana and soaked the region with up to 16 inches of rain. Ida’s 150 mph category 4 Louisiana landfall tied Hurricane Laura’s in 2020 and the Last Island 1856 hurricane.

And Ida’s energy didn’t stop along the northern Gulf Coast. Ida reminded us of the dangers of tropical cyclones that can be felt inland and hundreds of miles away from landfall. The storms heavy rainfall left major infrastructure across the Northeast overwhelmed. Roads turned into rivers, water gushed into subways like geysers, water filled city buses and rushed into homes.

NOAA estimates Ida caused just under $65 billion in damage to the U.S.

After a frenetic start to the season and many worried of what was to come, it seemed as if the tropics shut off once the calendar turned to October.

Hurricane Nicholas came ashore the Texas coast on September 14 making it the final landfalling storm of the 2021 Atlantic hurricane season – not just for the U.S. but for the entire basin.

The remainder of the season featured “fish storms” staying out to sea.

But why? A hostile environment set up over our typical hot spots from Cancun to San Juan and up into the Bahamas. Wind shear and dry air prevented or halted development oftentimes, and an unusually cold November kept any storms away with deep plunges from the Jet Stream. 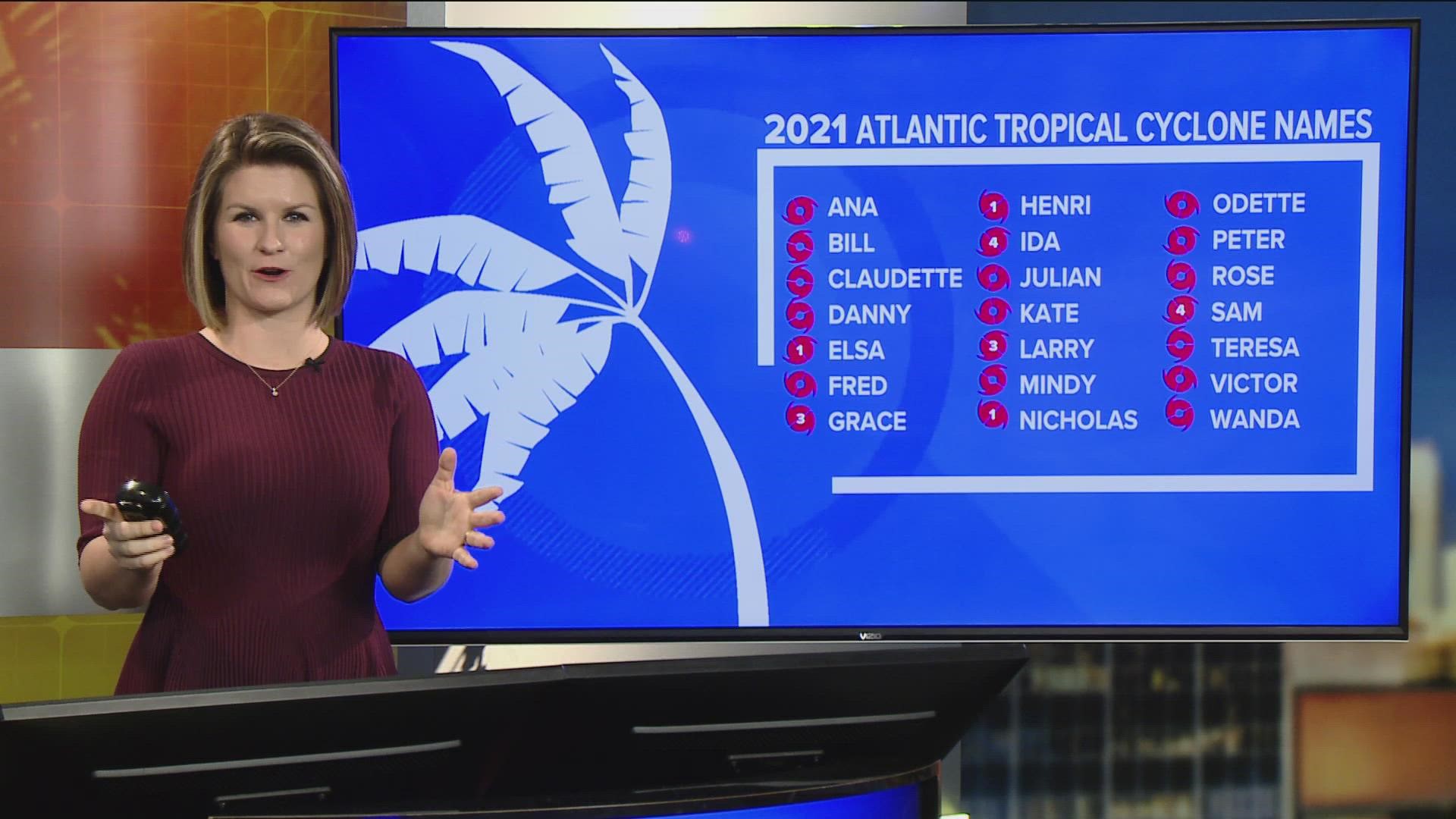