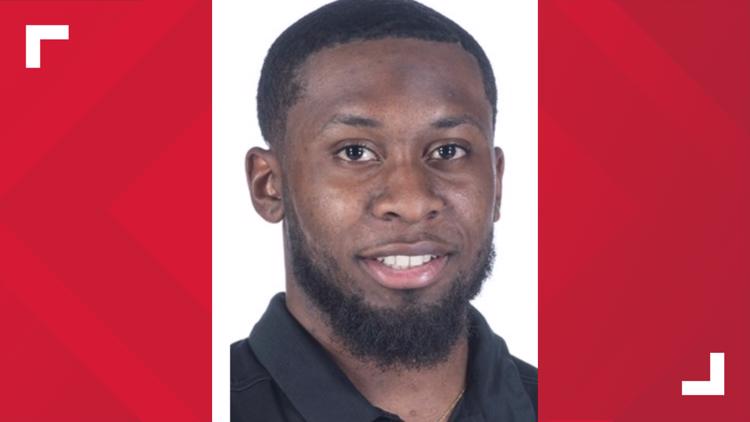 All of the parties involved in a shooting, which happened at 5201 Johnson Lake Court, are believed to be related. Police have not released any names.

JACKSONVILLE, Fla. — *CORRECTION: A previous version of this article misidentified a person who was arrested.

Hundreds of people online are offering their condolences after a UCF football star was reportedly killed in a shooting Monday night in Northwest Jacksonville.

Knights247.com, a sports website run by CBS News, reports that Otis Anderson Jr. was the victim of the shooting. He was 23.

All of the parties involved in the shooting, which happened at 5201 Johnson Lake Court, are believed to be related, Jacksonville police say. Police have not released the names of the victims or the suspect.

A First Coast News law enforcement source confirmed that Anderson Jr’s father, Otis Lee Anderson, has been booked into the Duval County jail. Jacksonville police have not said what he’s charged with.

According to Duval Country property records, the home where the shooting occurred is owned by Otis and Denise Anderson.

Anderson Jr., class of 2017, played running back for University Christian High School in Jacksonville before going on to have a successful football career at UCF, ranking second in all-time yards per carry average in school history.

He spent training camp with the Los Angeles Rams after going undrafted in the 2021 NFL Draft, but was later cut from the practice squad, according to CBS Sports.

“He brought light to the campus,” University Christian Head of School Heath Nivens told First Coast News on Tuesday morning about Anderson Jr. “He always had a smile. He was a great student on and off the field.”

Around 9:23 p.m. Monday, JSO officers were called for a complaint of a person shot in the 5200 block of Johnson Lake Court, JSO said. When officers arrived, they found two victims with gunshot wounds, a man and a woman.

Both victims were taken to the hospital for medical treatment. The man was pronounced dead at the hospital, according to JSO.

A second man was detained at the scene without incident, JSO said. He is being interviewed by detectives.

All the parties involved are believed to be related, JSO said. The incident is domestic in nature, and there are no outstanding suspects, according to JSO.

Sending our thoughts to Anderson’s family, friends and #UCF teammateshttps://t.co/5LjqCcjeoy

The family is of no relation to former NFL great Ottis Anderson.