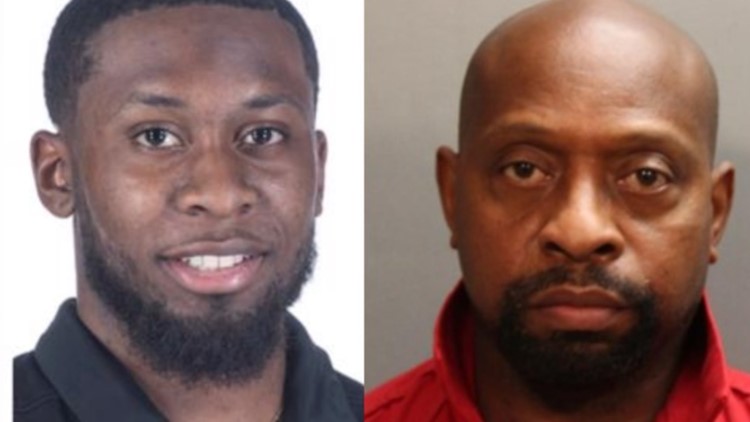 According to the police report, Denise Anderson told police that her husband Otis Lee Anderson Sr. got bit by their son’s girlfriend’s dog which made him upset.

JACKSONVILLE, Fla. — New details have emerged in the case of a football star that was shot to death Monday night in Northwest Jacksonville by his own father, according to the Jacksonville Sheriff’s Office.

According to the police report, Denise Anderson told officers that her husband Otis Lee Anderson Sr. got bit by their son’s girlfriend’s dog. She said this made Anderson Sr. upset due as he was bleeding throughout the house located at 5201 Johnson Lake Court.

She says Anderson Jr. came downstairs to see what happened and got into a verbal altercation with Anderson Sr.

The report says at one point, Anderson Sr. flipped the downstairs recliner, and it appeared as if both men were going to fight. Denise Anderson says they both separated, and her son went one direction through the formal dining room, and her husband went the other direction into the garage.

She told police Anderson Sr. came back inside and met her son in the kitchen. She then told police she heard a ‘pow’ followed by “you shot me!”

Denise said at that point she began hitting Anderson Dr. with a floor cleaning device before he turned around and began firing more rounds with what reportedly was a silver revolver.

The details following the encounter in the kitchen are largely redacted in the police report, however, we know that shortly after the encounter Anderson Jr suffered what appeared to be a gunshot wound to his chest and back.

Denise was treated and released at the hospital for multiple graze wounds, the report states.

At this first appearance Tuesday afternoon, Anderson Sr. was seen walking up to the podium in a red jumpsuit, not the standard issued gray that most inmates wear.

The Jacksonville Sheriff’s Office has told First Coast News in the past that a red jumpsuit means “possible self-harm, high escape risk, or medical transport.”