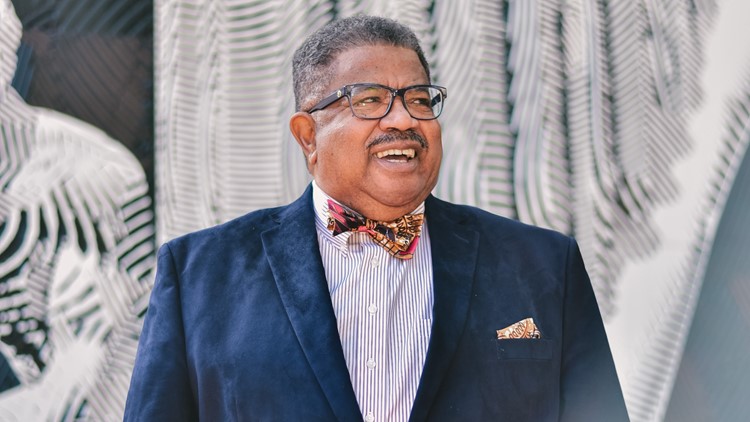 Ken Amaro is retiring after a prolific 42-year career at First Coast News where he served as an advocate for people in need. Is he now considering a run for office?

JACKSONVILLE, Fla. — *The above video was originally published Nov. 23.

Over the last four decades, Ken Amaro has become a household name for what he’s done for people all over the First Coast. Forty-two years to be exact. In that time, as a consumer reporter at First Coast News, Amaro has helped countless people providing a voice for those who are too often not heard. He was relentless in his pursuit of the truth and quick to take down scanners and cheats who bilked unwitting victims of money, property, or services.

Amaro has decided to call it a career. He’s retiring Dec. 1.

But what does one do after retiring from a career of service to others? More specifically, what will Amaro do?

He may have dropped a hint during a radio interview Monday morning on WJCT’s First Coast Connect with Melissa Ross.

The host asked Amaro the question several of her listeners were asking during the interview.

“Will you consider a run for public office?”

Amaro’s answer was as polished as a seasoned politico.

Would it be a run for local office? State office? National office? Amaro said that would depend on the interest.

Before taking to his desk in the First Coast News newsroom Monday afternoon to begin his final week of work here, Amaro said people have approached him to run for office.

“A businessman approached me. He said he’d be willing to get some folks together,” Amaro said, adding that he was also approached by a member of the Jacksonville City Council.

The Jacksonville City Council unanimously passed a resolution last week commending Amaro for his decades of service to the city and people of Jacksonville.

“This man does a great job in reporting the news, but he goes beyond that. He recognizes the value of family and what they sacrifice as we do our jobs,” Councilman Matt Carlucci said last week after the resolution was passed. “He’s a great man. We’re going to miss him in Jacksonville, but I hope he finds other outlets to put his many talents to use in this great city.”