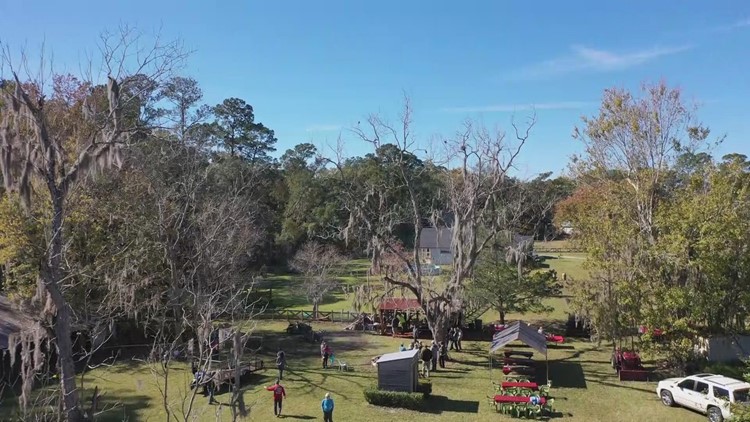 For over 30 years the Ryan family has been producing sugar cane syrup on their farm located in Middleburg.

Every year, the father and son duo, along with family and friends who wanted to join, began this production the Wednesday before Thanksgiving by chucking sugar cane grown on 80 acres of farmland.

On the Saturday following Thanksgiving, they’d wake up around 5 a.m. to begin grinding the sugar cane using a press, pulled by a lawnmower. The juice is then transferred to a large kettle pot, where it’s slowly heated to a boil and a mesh strainer is used to catch any dirt, creating a pure syrup.

By using a hydrometer, the Ryans were able to measure the density of the juice, which is necessary to know when the juice has reached a thick enough consistency to become a syrup. The last step is funneling the syrup into bottles for family and visitors to bring home.

This tradition became more than just creating cane syrup. It became a time for family and friends to come together and play games such as soccer and corn hole. It became a time to catch up with loved ones. Every year someone brings a TV so they can all watch the UF vs. FSU game.

After Glenn Ryan II passed away in 2015 and Glenn Ryan I in 2019, Glenn Ryan III stepped up and began leading this tradition, which the Ryan family now calls a ‘legacy.’ He said his favorite part of the cane grind is the camaraderie it brings and being able to see the family all together.