More than 40 holiday-decorated boats participated in this year’s parade.

JACKSONVILLE, Fla. — It was a late start but definitely worth the wait! Crowds flocked to downtown Jacksonville for the city’s annual Light Boat Parade Saturday night.

Organizers say a train was blocking the St. Johns River which prevented the parade from starting at its scheduled time of 6 p.m.

About 30 minutes later the train was cleared from the tracks and the boat parade was able to begin.

More than 40 holiday-decorated boats filled the area and made two laps around the parade route.

Additionally, approximately 200 small business vendors were set up at Riverfront Plaza for the 904 Pop Up event.

Even though all of the boats captured the eyes of dozens of attendees, the judges had to narrow it down to only eight winners.

Below are the 2021 Light Boat Parade winners: 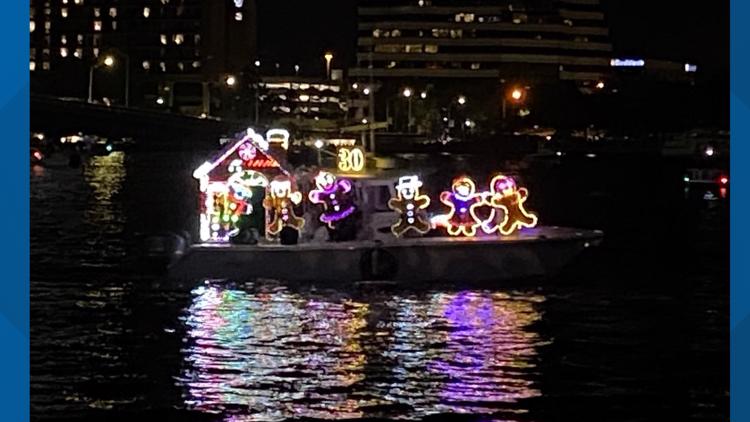 Posted by City of Jacksonville Division of Sports & Entertainment – Government on Saturday, November 27, 2021