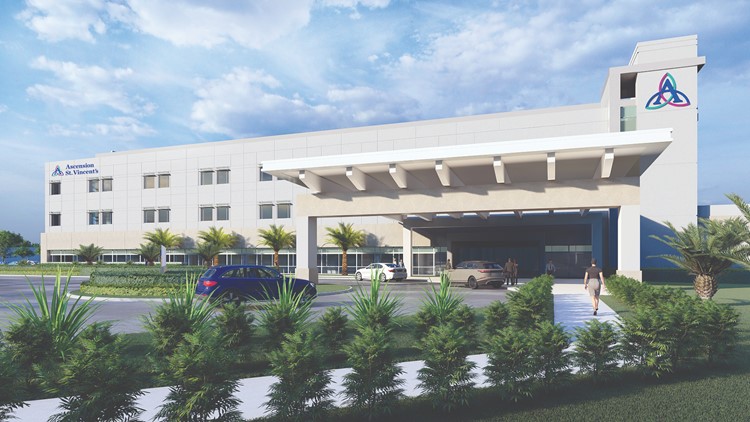 JACKSONVILLE, Fla. — There have been several different federal vaccine mandates enacted – one also paused – in recent weeks. In response, Florida lawmakers passed new laws against COVID-19 vaccine mandates last week, which they say are to protect people’s rights to choose their own health care options.

Due to so many changes, there has been a lot of back and forth by Florida companies.

The On Your Side team breaks down how new state laws could put many business owners in a tough spot with federal rules in play.

Safety concerns, burnout and then, most recently, the vaccine mandate.

A longtime nurse with Ascension St. Vincent’s, who wishes to remain anonymous, says the COVID-19 pandemic has led to many health care workers leaving its three Jacksonville hospitals.

“I’ve seen a couple people already come back,” she said, after a memo was sent out lifting the suspension of unvaccinated employees. “I think the majority of them, from what I’ve heard is, they’ve gotten another job already. So, they probably don’t want to leave that to come back to St. Vincent’s.”

Over the past couple of weeks, Florida companies have been tasked with a potential challenge when it comes to enforcing the mandate due to the following changes made both at the state and federal level.

Courts have yet to block a similar, but stricter, federal mandate for companies that participate in the Medicaid or Medicare programs, although Gov. Ron DeSantis filed a lawsuit against that Center for Medicare and Medicaid Services, or CMS, mandate last Friday.

Labor and Employment Attorney James Poindexter says the state laws now require employers to allow for additional exemptions outside of medical and religious, such as pregnancy or anticipated pregnancy and COVID-19 immunity.

“So, you saw a lot of energy behind this,” Poindexter explained. “I’ll have to say though, the Florida laws really don’t change the status of the [federal rules] very much at all. It doesn’t prohibit vaccine mandates.”

“My position would be there is not a direct conflict there,” another Jacksonville attorney Nick Whitney said. “And the Florida legislature crafted those laws specifically to avoid this federal preemption question.”

However, in the event of a conflict, the attorneys say some companies like Ascension will be forced to decide whether to comply with federal rules or state laws based on the potential costs.

Florida plans to fine companies with 100 and more employees up to $50,000 per violation of the new statutes.

Those covered by CMS rules can be subject to not only fines, but possible loss of government contracts under Medicare and Medicaid.

“I think the real tension is between the CMS rule where all these hospitals might receive a third or a quarter of their funding from Medicare, Medicaid,” Whitney explained.

“Those financial concerns are certainly something that are on the top of business leaders’ minds right now. I think employers are cost-sensitive right now, because of the fragile state of the economy, the job market,” Poindexter said. “So, to the extent that that the OSHA regulation is being slightly pulled back, and the current administration in the state of Florida is taking a very aggressive stance on this, I’m not surprised that businesses are reacting that way.”

As for Ascension, in a memo sent to employees – it says once there is more clarity between federal and state laws, employee suspensions could be reinstated.