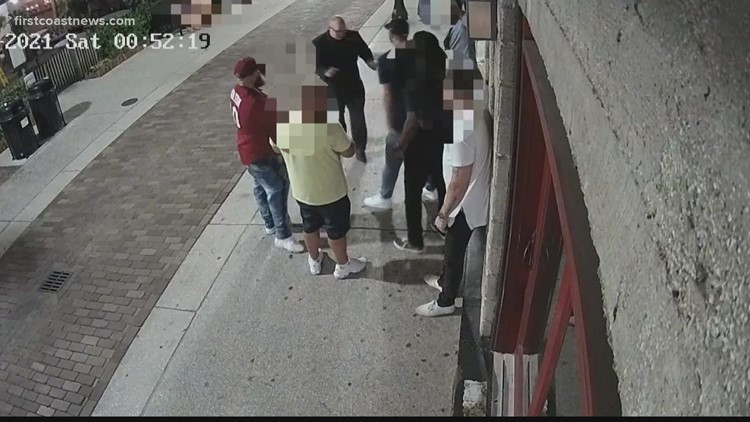 This week, an attorney filed a motion in the case of a rare shooting in downtown St. Augustine.

ST. AUGUSTINE, Fla — Shootings are rare in downtown St. Augustine. One that led to a man’s death earlier this year is now officially being petitioned as a ‘stand your ground’ case.

“I know there’s been a loss of life. I know a family and lots of friends are devastated,” attorney Patrick Canan said.

“At the same time, I do believe my client acted within his constitutional rights to defend himself,” he added.

Canan says his client, Luis Casado of St. Augustine, was chatting with some people outside Dos Gatos Bar in downtown St. Augustine in May, when two of the men started punching his client, knocking his glasses off.

“He (Casado) started backing up. He was backpedaling, trying to get away but the attacks kept coming,” Canan noted.

That’s when the surveillance video shows Casado grabbing his gun and firing it.

“He was afraid for his life,” Canan told First Coast News Wednesday.

One of the men, Adam Amoia of St. Augustine, was shot and he died at the scene.

But why did the men start hitting Casado?

Canan said, “The only indication of any justification, and it’s not, is that Mr. Amoia wanted him to leave, and he didn’t leave quick enough.”

Casado was taken into custody and eventually charged with manslaughter.

Canan filed a motion this week requesting this case be considered a ‘stand your ground case.’

Court documents show Casado fired multiple shots. His attorney knows that will be an issue in the case, but added, “The firing of the gun, and I’m talking about all the bullets, lasts a second, or two seconds. It was so fast.”

It’s up to a judge to determine if this qualifies as a ‘stand your ground’ case. If he does or doesn’t, either side can appeal that decision.