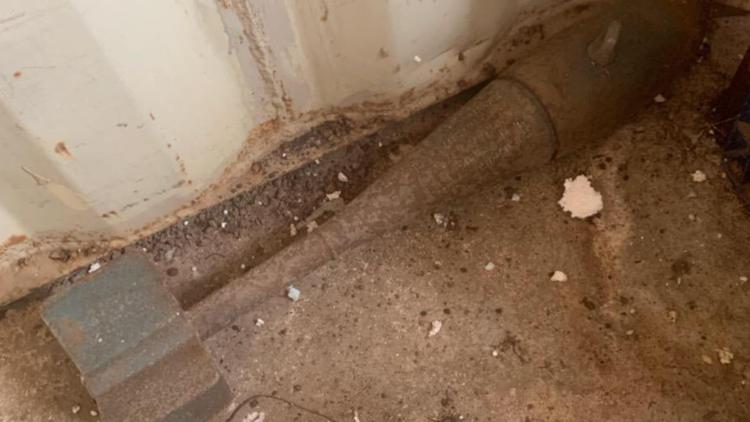 The practice bomb is not explosive, according to the Jacksonville Sheriff’s Ofice.

JACKSONVILLE, Fla. — Editor’s Note: The picture above is of another WWII-era practice bomb found in Hillsborough County in May 2020.

A reported hazardous device found in Southwest Jacksonville turned out to be a non-explosive training device from the World War II-era.

Construction crews working at a sitein the 1700 block of POW MIA Memorial Parkway found the device at about 2 p.m. and called police, according to the Jacksonville Sheriff’s Office.

After the device was found, several police units responded to the scene for safety and the construction site was evacuated while the Hazardous Devices Unit investigated it.

There were no residents living in the immediate proximity to the construction site, and an adjacent neighborhood was not evacuated, police reported.

However, the device was safe and later removed from the site, JSO said. There were no injuries or property damage.