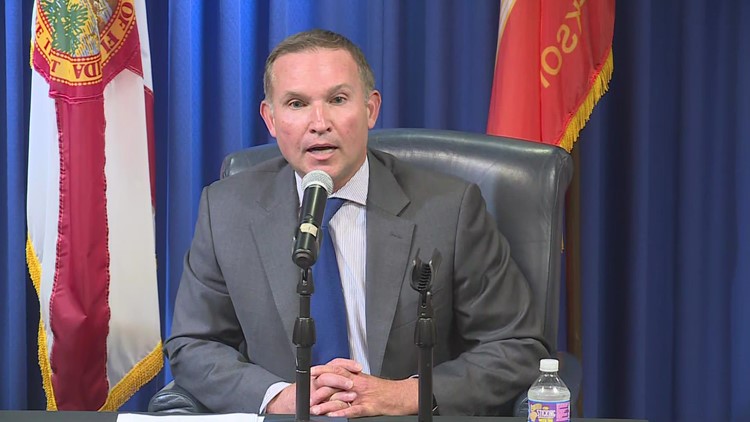 The mayor’s office says several flights have come into Jacksonville International Airport without the city knowing who is onboard.

JACKSONVILLE, Fla. — Mayor Lenny Curry met with the CEO of Jacksonville International Airport and local law enforcement about overnight flights that were coming into Jacksonville, according to the mayor’s office.

In a statement released to First Coast News Monday, the mayor’s office says they were not able to confirm who was on those flights and whether they had entered the city or country legally.

The mayor’s office says public safety is Mayor Curry’s top priority and he is concerned about “the secrecy of these flights”.

“While the flights appear to have stopped for the time being, Mayor Curry, like the Governor,  is seeking transparency and supports the lawsuit filed by The State of Florida seeking more information,” the statement concluded.

On Nov. 4, Gov. Ron DeSantis spoke in Jacksonville and claimed the Birden administration is using private contractors to relocate people who are in the country illegally.

“This is not the way you keep people safe, it’s reckless, and it’s wrong,” said DeSantis. “… I’m going to see what we can do from executive, we have, of course, have a pending lawsuit against the by the administration challenging their catch and release policies. But this is what happens when you engage in reckless policies.”

DeSantis blamed the policy for the death of a man in Jacksonville on Oct. 6. The suspect, 24-year-old Yery Noel Medina Ulloa, is one of the individuals DeSantis claims was brought to the area on the overnight flights.

Sen. Marco Rubio (R-FL) has called for a Senate investigation into the flights.