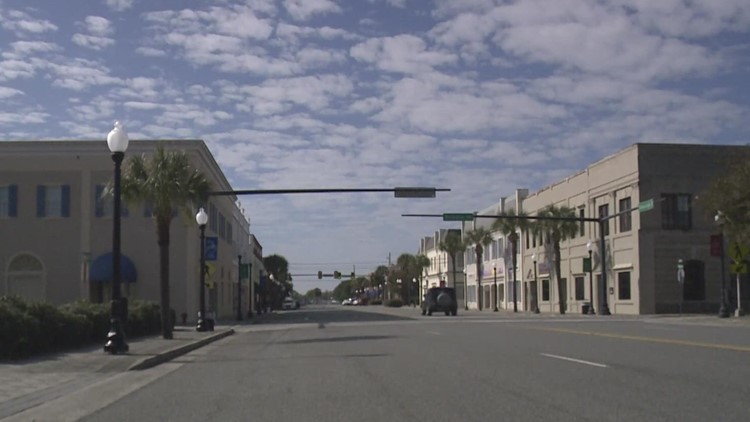 The residents we spoke to about the trial seem to have divided opinions about race relations in Brunswick.

BRUNSWICK, Ga. — The fate of the three men on trial for murdering Ahmaud Arbery will ultimately be up to the jury.

After hearing hours of closing arguments from prosecution and defense attorneys on Monday, it’s a waiting game at this point.

First Coast News spent the day talking to the community about what they want to see happen and how this community that’s somewhat divided because of this case moves forward.

Leroy Jackson lived through a segregated Brunswick as a child.

“People around here, we always got along,” Jackson said. “So, this, this murder is something that don’t normally happen in Glynn County. It’s a peaceful town. When it was segregated, we never had any stuff like this.”

He said what the country is seeing is not the Brunswick he knows and hopes Ahmaud Arbery gets justice.

“If anybody takes anybody’s life, whether it’s black or white, the courts should send them to prison,” Jackson added.

Della Branson said she has always lived in a diverse community and race is not playing a role in her feelings.

“I see it pretty cut and dry,” Branson said. “They chased a man down, when they had no business to and should have left him be, and if they felt like he was doing something wrong, call somebody. But it seems like, everyone wants to look at it racially when it’s really cut and dry.”

However, not everyone believes race isn’t an issue in this southern Georgia town

Bryant said not only is justice needed for Ahmaud Arbery, but there should be a deep look into the justice system in Glynn County.

“For it to come out as a cover up and to think that the same DA has convicted so many Black folks, but they crooked,” he said.

Three different people with three different views. The jury will decide what happens next: A jury of 11 white people and one Black person.