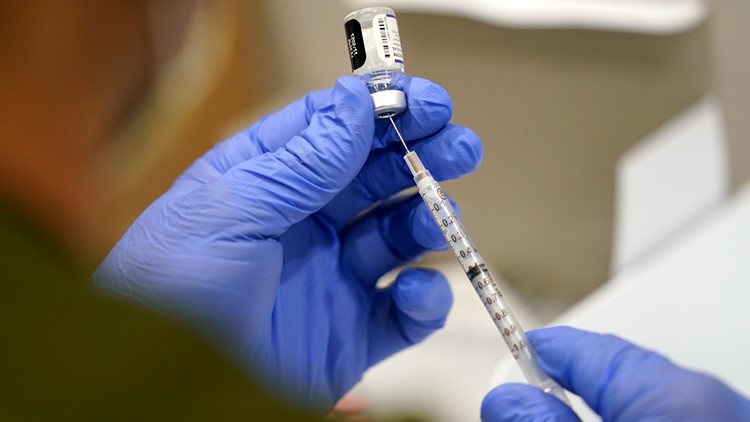 While the COVID-19 vaccine mandate for private workplaces is on hold, federal workers still need to show proof by Monday that they have been fully vaccinated.

WASHINGTON — Monday marks a key deadline for part of President Joe Biden’s federal COVID-19 vaccine mandate. Back in September, Biden signed Executive Order 14043, requiring federal employees to show they are fully vaccinated by Nov. 22, in order to be considered compliant. According to one U.S. official, “more than 90% of federal workers” have had at least one shot by today’s deadline.

But that means that many vaccination deadlines have already passed. In order to be considered fully vaccinated, according to the Centers for Disease Control and Prevention, individuals must be two weeks removed from either their second dose of the mRNA Pfizer and Moderna vaccines, or the one and only dose of the Johnson & Johnson vaccine.

There are limited exceptions to the mandate, including certain medical conditions and religious beliefs.

Those affected by Monday’s deadline include Transportation Security Administration agents. Despite the deadline falling on the busy Thanksgiving travel week, the TSA told CBS New York that it has been preparing for this for months and doesn’t expect the mandate will impact the agency’s operations.

Last week, the U.S. Occupational Safety and Health Administration announced it was suspending “implementation” and “enforcement” of the Biden administration’s vaccine and testing mandates at private workplaces with more than 100 workers. After a number of legal challenges, that plan was suspended, and remains in limbo pending further legal action.

Federal contractors and healthcare workers at Medicare or Medicaid participating facilities also face a vaccination deadline of Jan. 4, 2022. Members of Congress and the judicial branch, as well as some state employees are not affected by the president’s vaccine orders.