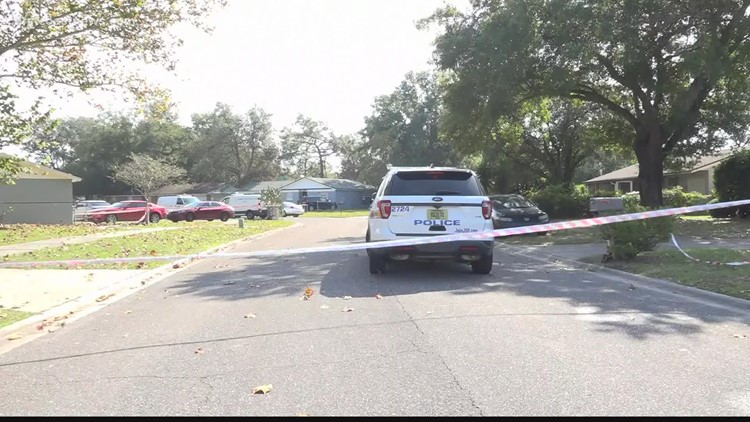 A woman was fatally shot in a home on the Westside Friday morning and police believe it’s a domestic-related incident.

JACKSONVILLE, Fla. — Police responded to a shooting in the 600 block of Autrey Avenue south Friday morning and when they arrived they found a woman with a gunshot wound, shortly after, she was pronounced dead.

The Jacksonville Sheriff’s Office says they have a person of interest. JSO says they believe a domestic dispute inside the home led to the deadly shooting.

CEO of Hubbard House, Gail Patin says she’s seen an increase in domestic violence here in Duval Couty since the start of the pandemic.

“Think about this at the time people were stuck at home with everybody and not able to go out. You see abusers had increased access to victims while victims had decreased access to go out and get help,” said Patin.

Patin says that access created the opportunity for abusers to abuse their significant other more often.

“We noticed on a community level at the beginning of the pandemic that our law enforcement was seeing a 20 percent increase in domestic violence,” said Patin.

“What we saw is what we continue to see throughout the years. People who are dying due to domestic violence are the people who are not getting services,” said Patin.

Patin wants to let the community know that you are not alone and that the Hubbard House is just a phone call away.