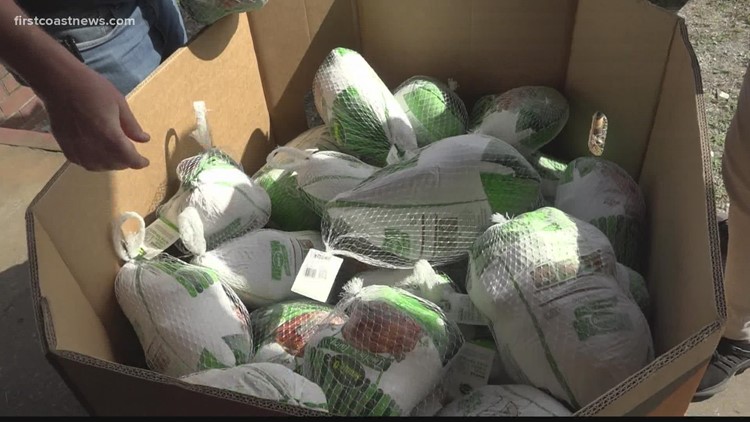 Casey Jones survived the Miracle on the Hudson in 2009. That crash gave him a new sense of purpose, and he’s paying his fortune forward.

JACKSONVILLE, Fla. — It started as the scariest moment of one man’s life, but it has since helped thousands of people in our area.

It’s safe to say that spending an afternoon on an airplane’s wing in a river was not something that Casey Jones. He was a passenger on US Airways flight 1549 on Jan. 15, 2009.

Shortly after takeoff, a flock of birds collided with the plane. All engine power was lost and the pilot made an emergency landing in the Hudson River, fortunately everyone survived. The event has been immortalized as the ‘Miracle on the Hudson.’

“I still think about it every day because I’m so fortunate,” Jones said.

Jones has made a point to pay his fortune forward in the form of turkeys.

For the past 12 years, he has collected money and delivered turkeys to the Salvation Army for families in need in Jacksonville. Jones collected and donated nearly 800 turkeys this year and more than 5,000 during more than a decade of giving.

He says that this is a team effort.

Multiple truckloads of turkeys were delivered to the Salvation Army in Jacksonville on Friday, and the impact was even greater than the mound of food.

“For the last 2 years there’s no way this turkey distribution could have happened without Casey Jones and his merry men,” Salvation Army Director of Development Robert Devers said.

Each of the people who helps the initiative gets a personalized thank you from Jones.

“There’s people who will enjoy a Thanksgiving meal because of you,” Jones said. “And that’s so important. It’s real, and it’s tangible.”

The donated turkeys will be combined with other Thanksgiving food items.

More than 700 families will have a Thanksgiving meal this year. That’s a lot of good to come from a plane crash.