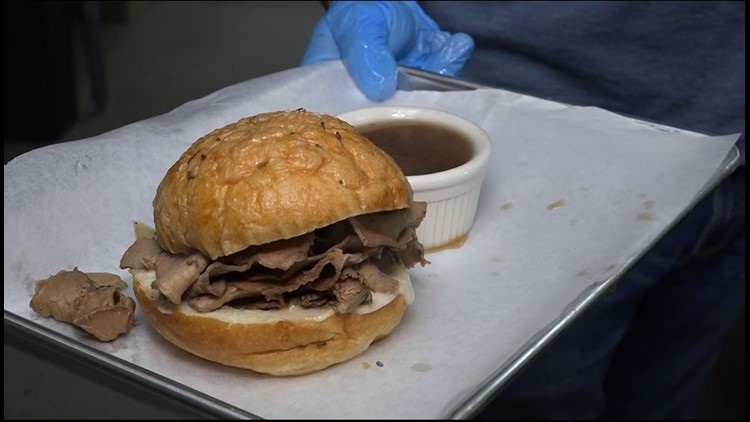 You know their sausage, but how about the classic, mouthwatering flavors of a homemade deli? The home of Cugino’s Sausage Company is now a new deli market called The Southern Italian Deli Market on St. Augustine Road.

“The Southern Italian is something that, back where I’m from, it was the small delis and meat markets,” said owner Christopher Condon. “That’s where you went to go get your steaks, your sandwich meats, all of that. So it’s something that my grandfather had and I want to try to replicate it.”

Step inside the deli and you’ll find a bit of Buffalo, New York, a bit of Florida, and most of all the tastes of having a meal with family.

“My favorite thing is the beef on weck,” Condon said. “My grandfather, we used to get on his boat and there was a place called the Casino and I used to go there and he would sit with me while I ate as many as I wanted that day. That was the first thing that we did and there’s just something about that sandwich. My grandfather has been gone a long time, but that sandwich was what I did with him.”

Condon explains the beef on weck has some key components. First, the kummelweck bun with caraway seeds and coarse salt on it, then horseradish sauce, and the roast beef in au jus. The top of the bun is dunked into the au jus.

The Southern Italian also serves other mouthwatering favorites like their BLT, the original with a hot Cugino’s sausage, and their pastrami sandwich.

“I’m not selling somebody else’s whatever they have to sell,” Condon said. “I am actually selling a piece of my family and allowing other families to share.”

It’s the food Condon could only find made at home with his family. Now it’s his family to yours.

MANGIA! No matter how you say EAT, the 904 has amazing Italian restaurants. @FirstCoastFoodi shows you where you can taste the best of Roma right here in Jacksonville. Watch @RenataFCNews First Coast Foodies report Friday 6AM #GMJ #NBC12 #ABC25 pic.twitter.com/6YklKmtYT7