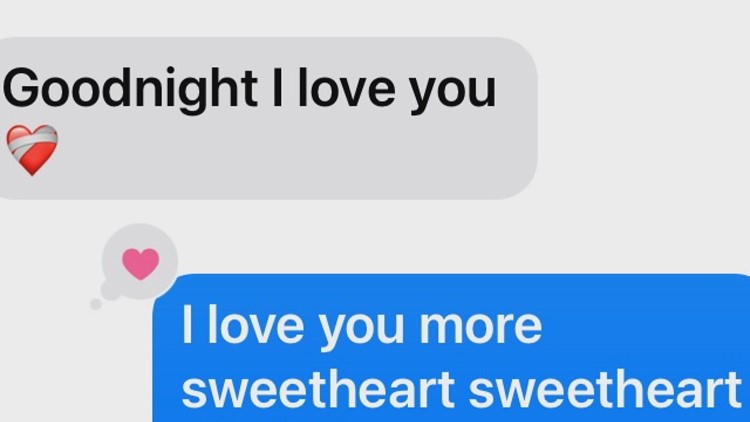 Thomas shared with First Coast News one of the last conversations they had via text. “Goodnight I love you,” he said in the text.

To Thomas, the mother-son bond they shared was one of a kind. They used to call and text each other almost every day.

Thomas’ phone is now an archive of memories that include her son. The Jacksonville mother shared how Wesley used to make dance videos in the bathroom.

“He’d come in the room and say, ‘Momma, you don’t know nothing about this,'” Thomas chuckled. “He was definitely a momma’s boy.”

Life has not been the same since her son’s murder. Wesley was shot to death on Oct. 5 outside the family home.

RELATED: 1 killed, 1 taken to hospital in life-threatening condition after shooting in Arlington area

Thomas has not gotten a text or call from Wesley for more than a month.

Wesley, the youngest of his siblings, was described as a the glue that held the family together, so when the 19-year-old was killed in front of their home on Oct. 5, it left the family devastated.

Thomas shared with First Coast News one of the last conversations they had via text.

“Goodnight I love you,” he said in the text. His mother replied with “I love you more sweetheart.”

“He would start sleeping in the living room just to watch over me and stuff like that,” Thomas explained. “That’s just how he was and even with his lil’ girlfriend, he’d be like, ‘Hey, I gotta go check up on my mom.'”

Wesley was described as a hard-worker who was independent, quiet and friendly.

His mother said he had aspirations to enlist in the military. Thomas said he wanted to join the National Guard since he was in the seventh grade. To Thomas, her son was her guardian.

She explained how she is diabetic, and Wesley went out of his way to make sure his mother had someone to take care of her.

“He was just a beautiful soul, a typical teenager,” Thomas said.

Through her grief, there is a little bit of comfort. Thomas said her son always told her “I love you.”