GREENSBORO, N.C. — A Greensboro woman became a first-time mom at 50! Even more incredible, her husband is 61!

Susie and Tony Troxler shared their decades-long fertility journey and the miracle birth of their baby girl. Dr. Susie Troxler said her baby journey started soon after she married her husband Tony in 2008.

“We got married later in life, obviously, and we just assumed we would get pregnant like most people,” Susie Troxler said. “One year turned into two, then three, but when it got to be nine, 10, 11 years we were like, something is up and I’m not sure what it is.”

Susie Troxler is a psychologist in Greensboro and her husband Tony Troxler works at Cone Health. The successful couple had dreams of becoming parents, but a mountain of health hurdles put their baby dreams on hold.

“I had a boatload of uterine fibroids. I was too old, and Tony had some medical issues, so, between the two of us, there was not going to be a baby,” Susie Troxler said.

Their ages became the elephant in the room at most health appointments.

The couple’s ages double their chances of infertility significantly. The probability they would be able to have a healthy baby naturally was low, so they turned to IVF and egg donation.

“They always said it nicely, but bottom line, when you take away all of the official medical jargon, it was a no! They said, ‘it’s not happening so you’re going to need a whole lot of help,’” Troxler said.

“In this situation given her advanced age, no one had given them their options for attempting to conceive,” said Cone Health OBGYN Dr. Carolyn Harraway-Smith. 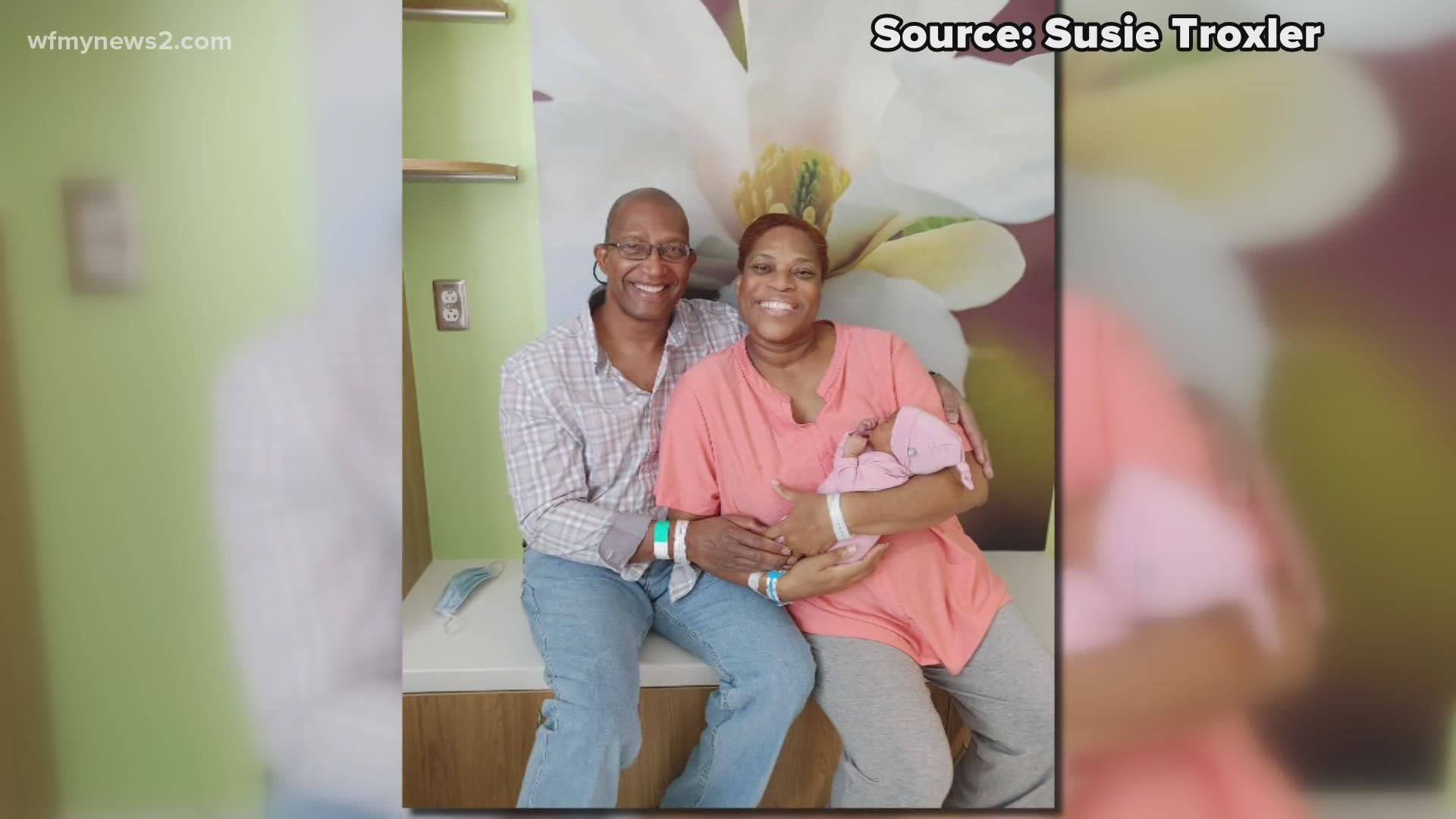 Harraway-Smith said a 50-year-old first-time mom is extremely rare and she doesn’t recommend it to every couple because of the risks involved.

“I don’t think pregnancy at this late age is for everyone. There are risks involved for both you and the pregnancy including miscarriage and diabetes among other health issues,” Harraway-Smith said.

Some of the risks of having babies in your 50s include:

The later in life you have a baby, the higher the risk the child will have learning disabilities, birth defects, chromosome-related differences, such as Down syndrome or low birth weight.

Also, getting pregnant later in life often requires specialized help. The egg quality of women in their 40s is lower than in younger women, reducing the likelihood of conceiving a healthy baby after age 42.

Men also experience a decline in fertility as they age, and the risk of genetic defects greatly increases as men age.

According to Harraway-Smith, even though pregnancy over the age of 50 has become possible for more women due to advancements in assisted reproductive technology, such as egg donation, it is not always recommended.

“None of that worked and we were down to our last embryo,” Susie Troxler said. “They bring me into the ultrasound and the first thing they said was, ‘Oh, she’s moving!’  I was like, ‘Yes!’”

It was great news for the family in February and even better news in September. Lily Troxler was born on September 29.  Five pounds, 12 ounces, and every inch, daddy’s little girl! 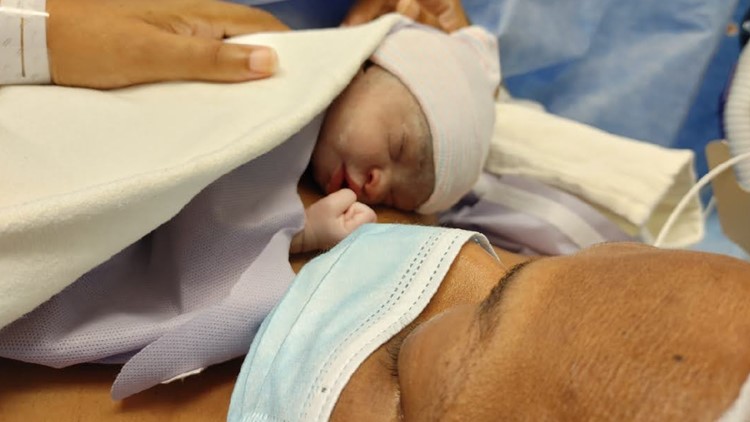 “Before she was even born, she had me wrapped around her pinky,” laughed Tony Troxler.  “I love her so much. Every time I look at her, I feel myself just staring at her. It’s amazing!”

The couple is adjusting to life at home with their 2-month-old baby girl; their first and only child.

“We are thrilled. Sleep-deprived, but totally beyond worth it. She is a miracle baby,” Susie Troxler said.