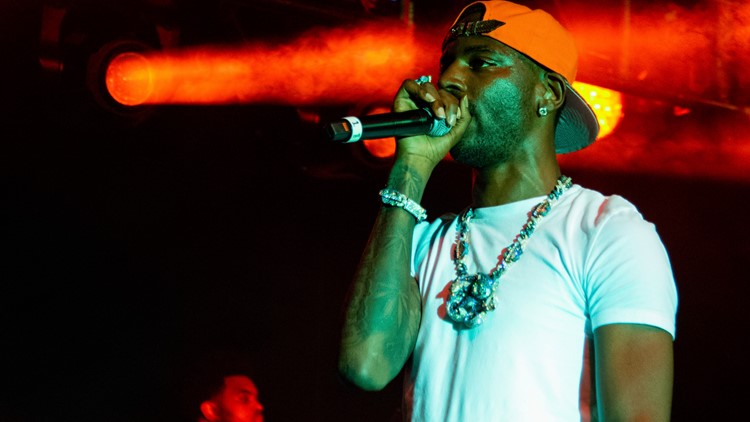 Officers were called to the scene in the 2300 block of Airways, outside of Makeda’s Cookies.

Investigators have not said what led to the shooting, but a source told us confirmed the rapper was killed in the shooting.

Airways Blvd. is closed at Ketchum Rd. and ramps are closed from I-240 to Airways and traffic is backed up on the interstate. Use an alternate route or avoid the area.

Anyone with information on the shooting is asked to call Crime Stoppers at 901-528-CASH.

Officers are on the scene of a shooting at 2370 Airways. One male victim was located and was pronounced dead. No suspect info is available at this time.
The victim will be identified once the next of kin notification has been completed.
Please call 901-528-CASH with tips.

Adolph Thornton Jr., aka Young Dolph, was a Memphis native who started with mixtapes before emerging nationwide around 2014, according to his website bio. He has worked with 2 Chainz, Juicy J of Three 6 Mafia, Young Jeezy, and Rick Ross, among others. His debut studio album, King of Memphis, was released in 2016, and debuted at number 8 on Billboard’s Top R&B/Hip-Hop Album Charts.

Young Dolph was shot in Los Angeles in September of 2017 but survived the incident. Though one suspect was arrested, no one was charged. Young Dolph was also shot at while driving into a concert in February of 2017 but was not injured in that shooting.

We’re deeply saddened to learn that Memphis rapper Young Dolph has passed away as a result of a fatal shooting.

His legacy in hip-hop will live on through his beloved artistry. pic.twitter.com/a02nmeMkOC

This is a developing story and we will update as more information becomes available.