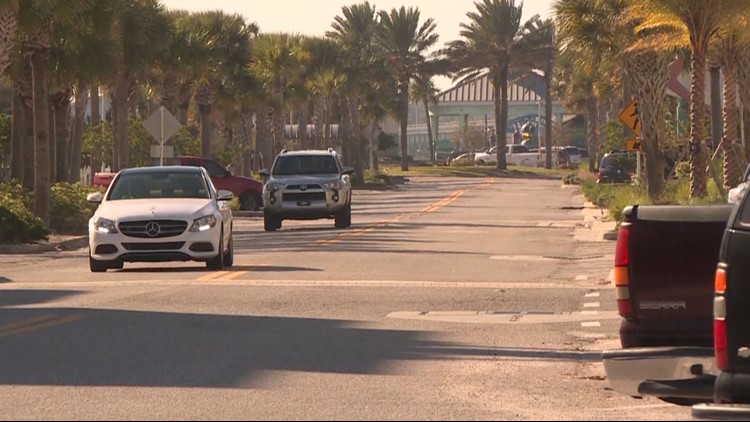 Meanwhile watchdog citizens revealed some holes in the government process for development applications.

That means the proposed hotel in Vilano Beach is a no-go.

“It’s really important for Vilano not only to stay a small community,” Vilano resident Fran Windeler said, commenting about the one-way in and out of the town on A1A. “You bring an awful lot of people into a small area and it would become a bottleneck.”

She was one of many people who packed the St. Johns County Commission meeting Tuesday, opposed to the development of a large hotel, restaurant and shopping complex. It’s proposed for the on the corner of Vilano Road and A1A, including on the land where the vintage Magic Beach Motel currently stands.

“The board does have the authority to do what is necessary to keep the ambiance of the area,” resident Barb Valentine said.

The opposition was in force during Tuesday’s public hearing, pointing out detail after detail that did not line up with the county’s comprehensive plan.

The underlying concern for them: The project is too big for the size of the property and town and it’s bigger than any other hotel in Vilano.

Ultimately the commission voted against the project.

However, the broader issue may be the missteps revealed in the bureaucratic process.

Sacha Martin, a volunteer member of the county’s North Coastal Design Review Board, flat out told the commission about some gaps in the county’s staff development review system.

“There was so much missing, it never should have been presented to us,” Martin said. “The review by the county staff was not only insufficient but egregious.”

“This has raised a lot of concern,” St. Johns County Commissioner Jeremiah Blocker said, “We’ve got to get without staff and figure this out.”

And it appeared the dedication of the neighbors to pull apart the application also revealed the holes of the government process.

“It’s really important to have watchdog citizens that are willing to drill down into the numbers and calculations and email exchanges to find out what limits are being pushed,” attorney Ralph Brookes told First Coast News.

“I think it’s important that when you bring something before a board that it’s vetted before a board is ever looking at it,” Windeler said. “You’re just wasting people’s time.”

Windeler and her neighbor are thankful the board listened and voted in favor of keeping Vilano as is.