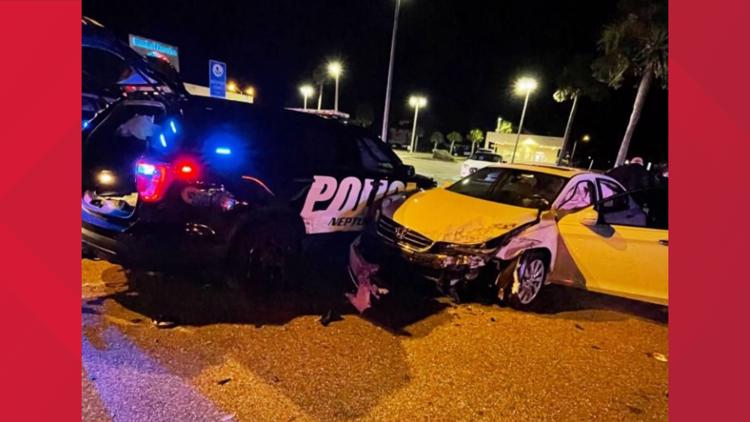 NEPTUNE BEACH, Fla. — The Neptune Police Department arrested a driver who allegedly crashed into a police vehicle while impaired.

The crash happened early Sunday morning when officers were responding to a crash in the 300 block of 3rd Street and A1A, according to NPD. At the time, all northbound lanes were closed.

During the investigation into the crash, a vehicle driven by an impaired driver hit a police vehicle, which was blocking the road with its lights on, police said.

No one was injured in the crash.

“We urge everyone to be careful, remain attentive while driving and NEVER drink and drive,” the Neptune Police Department wrote on Facebook.