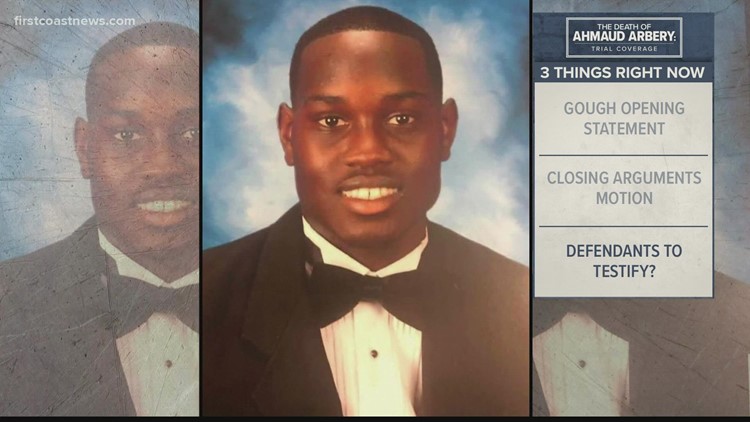 Travis McMichael, his father Gregory McMichael and William “Roddie” Bryan, who recorded the video, are all charged with murder in Arbery’s death.

BRUNSWICK, Ga. — **WARNING: Videos contained in this article may be disturbing to some.

The ninth day of testimony in the trial in the death of Ahmaud Arbery continues Wednesday in Brunswick, with the defense beginning to call its first witnesses.

Travis McMichael, his father Gregory McMichael and William “Roddie” Bryan, who recorded the video, are all charged with murder in Arbery’s death.

9 a.m.: Court is scheduled to resume, with Bryan’s defense attorney Kevin Gough scheduled to present his opening statement, the timing of which he specifically requested at the start of the trial. Then, the defense will begin to call its witnesses. The judge is expected to ask the defendants if they are going to take the stand.

8 a.m.: A prayer vigil is taking place outside the courtroom, hosted by the Better Together Coalition and Glynn Clergy for Equity.

RELATED: State rests its case on Day 8 of testimony in trial of 3 men accused of murdering Ahmaud Arbery