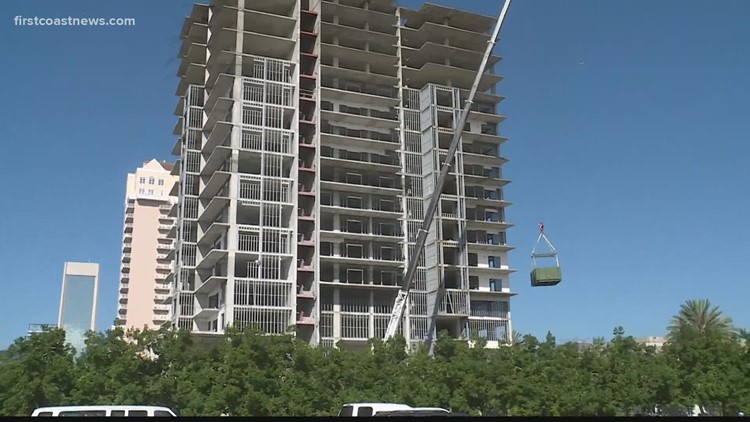 The most recent delay of the demolition of the Berkman Plaza II was part of a series of postponements that stretch back months.

JACKSONVILLE, Fla. — A Downtown Jacksonville eyesore will be gone by Christmas, according to city sources.

City sources confirm to First Coast News that the demolition of Berkman 2 is now scheduled for Monday, Dec. 20 at 10 a.m.

This comes after the implosion was postponed because the company responsible for the demolition told the city it was still finalizing risk assessments.

The delay was part of a series of postponements of a project that would finally rid the city of a vacant building that has been an eyesore in the city’s skyline for 13 years.

Originally, the building was going to be taken apart piece-by-piece from the top-down in July. However, that plan was later scrapped in August as the building was found to be structurally unsafe.

“We knew that the structure was old and we felt that it would hold, but unfortunately what I was told by the engineers is it’s been out in the elements for 12-13 years,” City Councilman Reggie Gaffney said in September.

The new plan was to implode the 18-story building in October. However, the date of Oct. 17 was pushed back due to supply chain issues for protective fencing for surrounding buildings.

City officials set Nov. 14 as the new date for the demolitions until the recent delay was announced.

Development plans call for a new 26-story tower and three shorter buildings to be built after the demolition of the Berkman Plaza II.