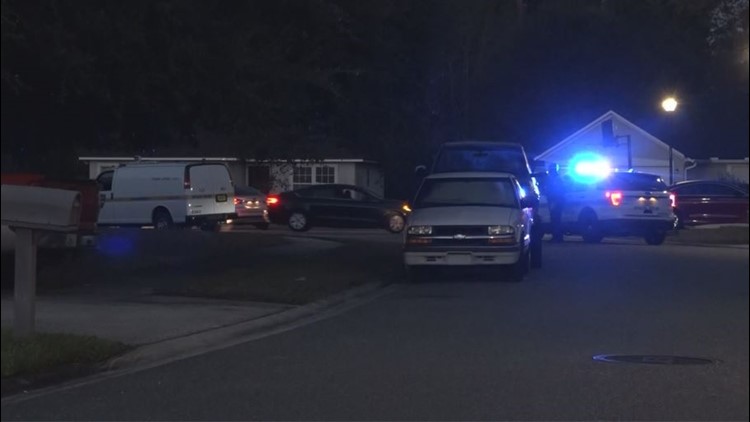 Lexus Hicks was arrested for a Friday night shooting on Cherry Point Way. On Sunday morning, another shooting was reported at the home.

JACKSONVILLE, Fla. — A Jacksonville family vented their frustration after two shootings at the same home within two days sent two people to the hospital.

First, a Friday evening call of shots fired on Cherry Point Way sent police to the scene. The victim was taken to the hospital in critical condition after police say a verbal altercation with another woman ended with the victim being shot.

Then, on Sunday morning, another shooting happened outside the same home. The victim’s adult cousin was shot while sitting on the porch.

“She has a newborn baby,” said a relative of the injured women who wished not to be identified. “She has two other children. None of this is ok. She has a job. She’s missing work.”

The woman believes the second shooting was in retaliation for an arrest from the first.

Lexus Hicks has been charged in the first shooting. According to the victim’s relative, Hicks was making threatening comments to her family after two young girls were fighting in the neighborhood days before.

“Nobody’s family should have to go through this over a child altercation,” the woman told First Coast News.

She says both family members are in the ICU and wants those responsible to know their actions have consequences and wishes cooler heads had prevailed.

“You shouldn’t use a gun just to defend yourself when you are the one starting stuff,” she said.

Police have not identified any suspects in the second shooting, but the victim’s family says they are looking for a silver Toyota Rav4.