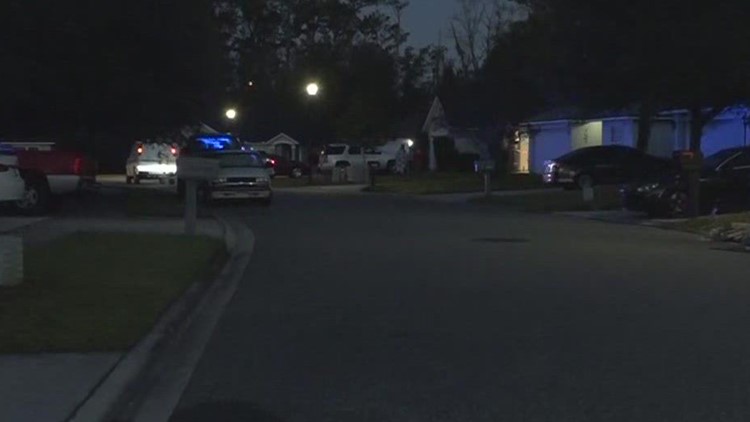 One of the shooting appears to be related to another shooting on Friday night that left a woman in critical condition, police said.

JACKSONVILLE, Fla — A juvenile and a woman were wounded in to separate shootings Sunday morning on Jacksonville’s Northside.

The Jacksonville Fire and Rescue Department responded to the first shooting at about 1:30 a.m. at the intersection of Dunn Avenue and Duval Road.

When they arrived, rescue personnel found a juvenile female with a single gunshot wound, according to the Jacksonville Sheriff’s Office. First responders took the girl to the hospital with non-life threatening injuries.

Investigators believe she was a passenger in a vehicle that was stopped at a red light. The shooter, who has not been identified, pulled in front of the car in their vehicle and got out, firing 20 rounds at victim’s car, JSO said.

The suspect fled in an unknown direction.

The JSO Violent Crimes Unit and Crime Scene Unit are investigating the shooting.

The other shooting happened at about 2 a.m. on Cherry Point Way.

Police found a female with a gunshot wound to the leg, according to JSO. First responders took her to the hospital for treatment. Investigators believe a shooter in a silver sedan shot several rounds into the home before fleeing the scene.

That shooting started as an argument between two people. The suspect in Friday’s shooting was arrested.

Anyone with information on the shootings is urged to contact JSO by calling 904-630-0500 or sending an email to [email protected] You may also call Crime Stoppers at 866-845-TIPS.