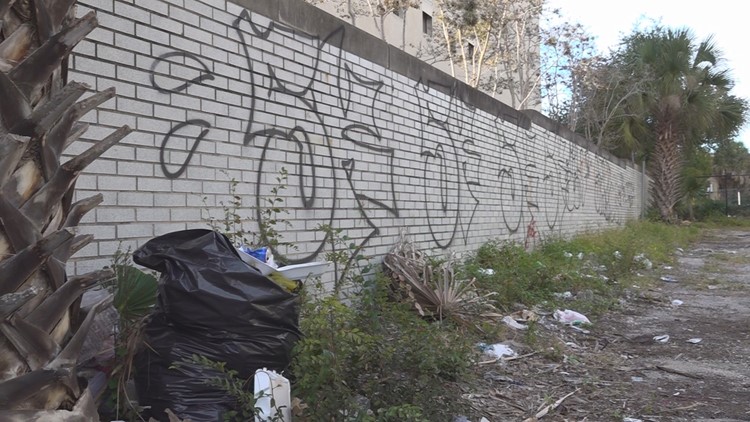 JACKSONVILLE, Fla. — First Coast News noticed a number of graffiti tags around downtown. It has also gotten the attention of city leaders because it is a costly clean-up.

What is considered art to some, is seen as vandalism to others. Spray-painted signs of what appears to show “5K” are usually showcased on vacant buildings.

To Councilman Al Ferraro, it is ‘something that’s costing the taxpayers.’

For example, the tagger painted on a vacant building on Church and Hogan street, near city hall. The city official said whoever owns the property is responsible for cleaning it. If vandalism was found on public property, then it’s on the city.

“So JSO is working diligently to actually put more people in downtown,” Ferraro said. “They’re working tirelessly to try and find out who’s doing it and hopefully stop [them].”

While the tags are considered vandalism to some, others see potential. Ferraro expressed how the ‘artist’ is using their talent for the wrong reasons. He suggested the painter should ‘stay out of downtown.’

“Stay out of our city,” the councilman added. “There’s other [things] you can to do put your talents to work other than taking it out on someone’s property or the citizen’s.”