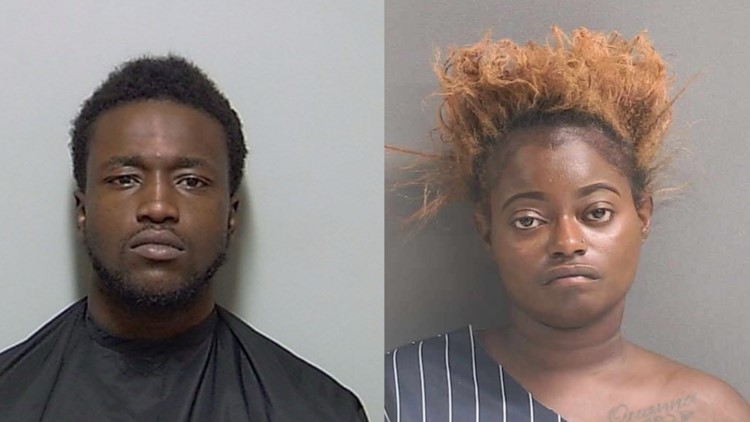 Their charges include grand theft of a motor vehicle, interfering with the custody of a minor and possession of drug paraphernalia.

PUTNAM COUNTY, Fla. — Two people are behind bars after deputies found them inside a stolen vehicle with a missing 15-year-old girl from North Carolina during a traffic stop in Putnam County Thursday.

According to the Putnam County Sheriff’s Office, deputies received information that a red Camaro with a South Carolina tag could be entering Putnam County in the area of San Mateo.

The occupants of the vehicle had fled from Florida Highway Patrol troopers in Volusia County the previous night and the vehicle was reported stolen during a carjacking in South Carolina, deputies said.

Deputies found the vehicle at a gas station in the area of US 17 and State Road 100. As the vehicle exited the parking lot, deputies followed it, activating lights and siren.

The driver of the vehicle pulled into a parking lot. Deputies said the driver, later identified as Curtis Dwight Thompkins, 23, of South Carolina, gave them a false name.

The front passenger was identified as Shaquanna Satterwhite 21, of South Carolina.

According to FHP, Satterwhite was the driver of the vehicle the previous night and drove off from the scene after providing her driver’s license.

Troopers later arrived for Satterwhite and took her into custody at the Volusia County Jail.

A third person in the car, also gave a false identity and age, stating she was 21 years old, the sheriff’s office said.

Deputies believed her stated age was older than her appearance and located her real name and age. They discovered she was actually 15 years old, according to a missing juvenile report from North Carolina.

Deputies were able to make contact with the teen’s mother who stated she would travel to pick up the child.

A fourth occupant of the car, Sydney Reed, of Longwood, Fla. was also arrested and charged with possession of drug paraphernalia.

Curtis was arrested and charged with grand theft of a motor vehicle and interfering with the custody of a minor. He is also facing multiple charges in South Carolina for carjacking the Camaro’s owner at gunpoint.