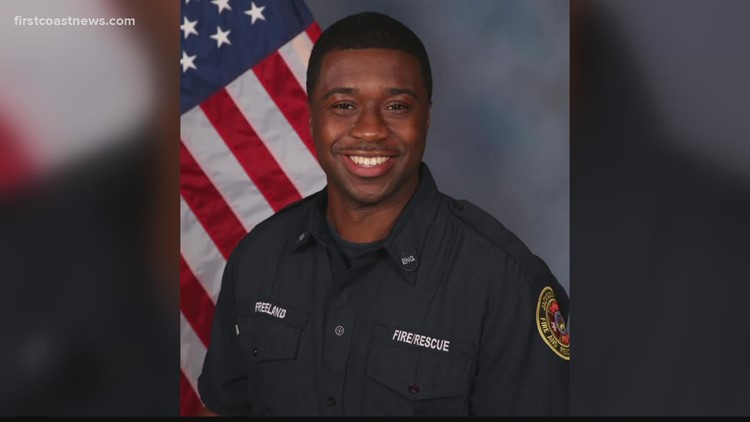 For anyone who wants to pay respects, a procession from the Medical Examiner’s Office to the funeral home will take place starting at 11:30 a.m.

The Jacksonville Fire Rescue Department will be escorting the body of Michael Freeland to a funeral home Friday after he died following a difficult extraction one day prior.

JFRD says it will have units posted along the route “paying respects to our fallen brother.”

For anyone who wants to pay respects, a procession from the Medical Examiner’s Office to the funeral home will take place starting at 4 p.m. at 8th St. West.

The procession will then head west to Myrtle street, north on Myrtle to US 1, west on US 1 to Soutel Drive and then north on Soutel Drive to the funeral home.

JFRD says there are many moving parts and the time may fluctuate some.

Freeland was working at the scene of a traffic crash around 1 a.m.  Authorities say he was in the back of a U-Haul truck working and collapsed after stepping out of the truck.

Lifesaving efforts by JFRD crews and hospital staff were unsuccessful, and he was pronounced dead at 2:12 a.m., the release says.

According to an obituary from the Jacksonville Retired Firefighter Association, Freeland was 35 years old and assigned to Engine 73 at Cecil Field.

He had been on the job for about seven and a half years and had served as an engineer for two years, according to JFRD.

Chief Keith Powers says this is the third line of duty death for JFRD since June.