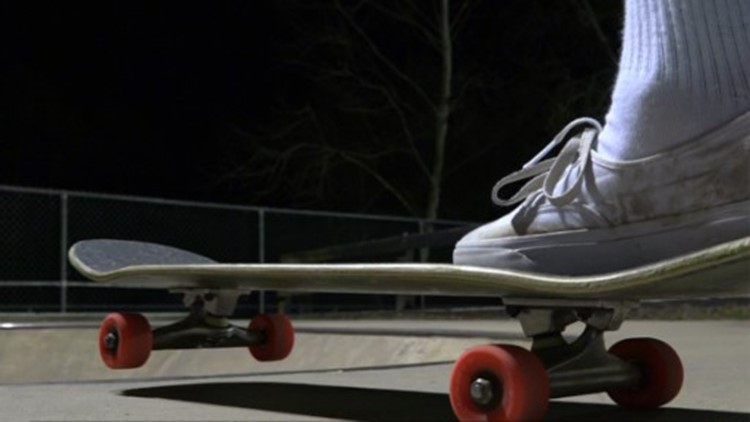 The championships will take place at a specially-built skate site at Riverfront Plaza, the former location of the now-demolished Jacksonville Landing.

JACKSONVILLE, Fla. — They’ve taken on the Olympics. Now, they’re on the First Coast.

Dozens of the world’s top skateboarders are arriving in Jacksonville this week for the Street League Skateboarding Super Crown Championship presented by Cariuma, giving the Northeast Florida a taste of the sport’s top level.

It’s the first stop for the tour in Northeast Florida, where the First Coast’s skateboarding tradition is deep, stretching to the earliest days of the Kona Skatepark nearly half a century ago.

Here’s what you need to know.

Who will be skating?

In all, 23 Olympians from summer in Tokyo are listed on the competition roster for the action in Jacksonville.

Nyjah Huston, from Huntington Beach, Calif., enters with the top seed as he pursues his fourth consecutive men’s SLS championship. Following just behind in the standings are Felipe Gustavo of Brazil, Alex Midler of Los Angeles and Gustavo Ribeiro of Portugal.

The top four women in the SLS standings are also the top four finishers in the Tokyo Olympics. Rayssa Leal of Brazil, who won silver in Japan, leads the chase for now, closely followed by bronze medalist Funa Nakayama of Japan, fourth-place Olympian Roos Zwetsloot of the Netherlands and Olympic champion Momiji Nishiya of Japan.

Huston and Leal earned the top prizes at the most recent event on the SLS calendar last month in Lake Havasu, Ariz.

A total of 20 men and 14 women are currently in the field.

The top four men’s and women’s skaters in the tour standings have already qualified for the Nov. 14 Super Crown Finals, while the remaining athletes will be vying for the last four spots in each final during last-chance qualifiers on Saturday.

What’s the location in Jacksonville?

The championships will take place at a specially-built skate site at Riverfront Plaza, the former location of the now-demolished Jacksonville Landing.

The site will include classic skating-style rails and steps, along with a temporary grandstand that’s estimated to hold about 6,000 fans.

How much do tickets cost?

Tickets online through Ticketmaster start at $25 for general grandstand admission or $40 for a two-day pass.

Are there any locals in the field?

The roster doesn’t include any Jacksonville skaters, but there’s a major Florida contender to watch: Jamie Foy, a Deerfield Beach resident who ranks seventh in the men’s standings entering the event.

RELATED: Street League Skateboarding Super Crown is a month away