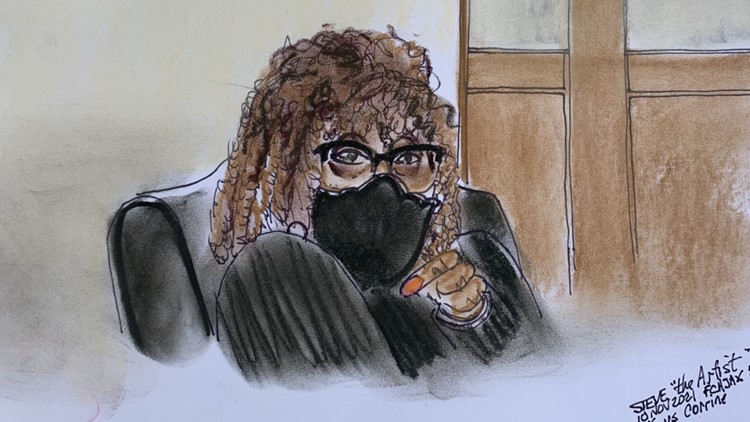 Brown is seeking a refund of money she forfeited after her original fraud conviction, saying she needs that money in order to hire a lawyer.

JACKSONVILLE, Fla — Former Congresswoman Corrine Brown has not hired an attorney despite a judge’s directive that she do so by Wednesday’s scheduled hearing.

Brown is being retried on fraud, corruption and tax evasion charges after her original 2017 conviction was overturned on appeal earlier this year.

At an October status hearing, Brown appeared with her appellate lawyer Bill Kent, who said he would not be representing her at her retrial. Defense attorney Curtis Falgatter also appeared at the defense table and told the judge he was in discussions with Brown to represent her, but that those conversations were contingent on her ability to pay for his services.

But Falgatter will not be in court Wednesday and has not yet been hired. He told First Coast News he is “optimistic” Brown will be able to hire him, but that is contingent on her pending motions for a refund of forfeiture money. Brown says the federal government should refund all the roughly $43,000 she paid in fines and fees after her conviction. Prosecutors have said she is entitled to a refund of about $12,000 but said the remaining $31,000 has already been paid out to victims and cannot be returned.

At an October status hearing, District Judge Timothy Corrigan made clear he expected Brown to have an attorney hired by today at a hearing — specifically titled “Status of Counsel Hearing.” Brown took a notably long time to hire an attorney at her first trial, cycling through three lawyers before finally hiring a fourth, James Smith.

The October hearing was itself rescheduled from its original date of Sept. 28 in part because Kent said he not sure if he would be representing Brown.

At the October hearing, Corrigan pointedly told Brown and Kent, “Let me be clear with you and Ms. Brown. I will expect that at the time of the status regarding counsel hearing it would be my expectation that Ms. Brown would appear with the lawyer she intends to try the case … I don’t want that to be when you start to think about it. I want that to be viewed as when a concrete decision will be made.”

Brown was convicted in 2017 on 18 counts stemming from what prosecutors said was a sham charity that she used as a personal slush fund. That conviction was reversed in May by the 11th Circuit Court of Appeals, which said the trial judge improperly removed a juror who said he was being guided by “The Holy Ghost” during deliberations.

Brown was sentenced to five years in prison. She served a little more than two before being released in April 2020 due to her age, the COVID-19 pandemic and unnamed health concerns.

Today’s hearing will be before Magistrate Judge James Klindt. Follow First Coast News and @Schindy on Twitter for updates.