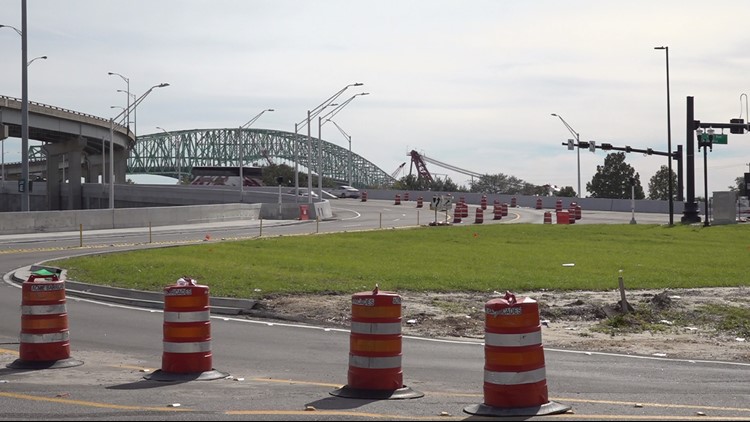 Traffic cones and signage surround the area, but some say it’s not enough and are calling it confusing.

JACKSONVILLE, Fla. — On Monday morning, two women died in a wrong-way crash on the Hart Bridge on-ramp Monday, bringing up driver safety concerns while construction is underway in the area.

The crash happened early in the morning when a SUV was traveling eastbound on the Hart Bridge from Gator Bowl Boulevard in the westbound lanes of travel at 12:19 a.m., an Florida Highway Patrol report says.

An out-of-service Jacksonville Transportation Authority bus was traveling westbound in the left lane when the SUV crashed into the front of the bus, according to the report.

The area is currently under construction, part of a Hart Bridge Expressway Ramps Realignment and tally rand Connector project through the city of Jacksonville.

Traffic cones and signage surround the area. However, on a Go Fund Me page for one of the victims, the family says the crash was the result of a “confusing bridge entry.”

No official cause for the crash has been determined, and the Florida Highway Patrol said in a statement the “traffic homicide investigation is ongoing.”

The FHP is not charge of maintaining the Hart Bridge construction zone.

First Coast News reached out to the city of Jacksonville regarding increased safety for the area and have not received a response at this time.

When asked at a press conference Monday morning about the area, Mayor Curry had this to say

“My heart goes out to the family,” Mayor Lenny Curry said during a press conference Monday. “I’m not familiar with the details of the accident except that life was lost, and I’m certain that the engineers will take a look at that and make sure that proper safety is put in place.”

This project is expected to be completed in spring of 2022.